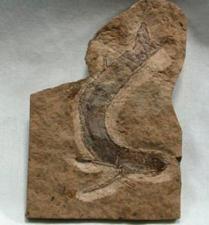 Shallow, low-latitude seas and lush, terrestrial swamps covered the interior of the North American continent during the Mississippian Period of the Paleozoic Era , from about 360 to 320 million years ago. The Pennsylvanian and Mississippian Periods are uniquely American terms for the upper and lower sections of the Carboniferous, a geologic period defined by a sequence of coal and limestone-bearing strata delineated by European geologists in the early nineteenth century. In 1822, English geologists William Conybeare (1787–1857) and William Phillips (1775–1828) coined the term Carboniferous for the period of geologic time typified by the British Coal Measures, Millstone Grit, and Mountain Limestone , all important strata that appeared on Adam Smith's (1769–1839) famous map of the geology of England in 1815. (They also included the Old Red Sandstone that was later reassigned to the Devonian Period.)

Coal-bearing strata analogous to the British Coal Measures also exist in North America , especially in Pennsylvania. In 1870, Alexander Winchell (1824–1891), used the term Mississippian to describe a series of limestone beds exposed below the coal beds in the Mississippi River valley near St. Louis. After much confusion regarding mapping and correlation of American Carboniferous strata, United States Geological Survey (USGS) geologist Henry Shaler Williams (1847–1918), suggested the terms Pennsylvanian and Mississippian in 1891. While these sub-divisions of the Carboniferous are commonly used in North American, European geologists never adopted them. Furthermore, the Mississippian-Pennsylvanian boundary is younger than the Lower Carboniferous–Upper Carboniferous boundary, so the terms cannot be interchanged.

During the Mississippian, the North American and Eurasian continents were part of a northern supercontinent called Laurasia. The similarity between Carboniferous rocks of Europe and North America is thus not coincidental, as the two regions were connected at the time. South America, Africa , India, Australia and Antarctica were assembled into the southern supercontinent of Gondwana. Polar glaciation was minimal, and Laurasia was located near the equator. Tropical rainforests and swamps rich with vegetation that would later become coal beds grew on exposed land, and shallow, tropical seas covered large regions of the present-day American Midwest and South. Mississippian marbles and limestones, filled with fossils of flower-like invertebrates called crinoids, intricate corals, and other Paleozoic carbonate organisms, are exposed throughout the American Midwest.

Betulaceae , Birch Family (Betulaceae) The birch family is a group of flowering plants of tree or shrub form that includes the birches (Betula), alders (Alnus), h… Jurassic Period , In geologic time , the Jurassic Period—the middle of three geologic periods in the Mesozoic Era—spans the time from roughly 206–208 million years ago… Nappes , Europe Forces that made Europe The Mediterranean desert Resources The continent of Europe is a landmass bounded on the east by the Ural Mountains, on… Permian Period , Permian period (pûr´mēən) [from Perm, Russia], sixth and last period of the Paleozoic era (see Geologic Timescale, table) from 250 to 290 million yea… Oligocene Epoch , Oligocene epoch (ŏl´əgōsēn´), third epoch of the Tertiary period in the Cenozoic era of geologic time, lasting from 38 to 24 million years ago. More… Primrose , Primrose, William Bibliography D. Dalton, Playing the Viola: Conversations with W. P. (Oxford, 1988). —Nicolas Slonimsky/Laura Kuhn/Dennis McIntire p…