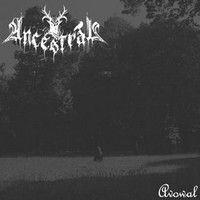 An open declaration by an attorney representing a party in a lawsuit, made after the jury has been removed from the courtroom, that requests the admission of particular testimony from a witness that would otherwise be inadmissible because it has been successfully objected to during the trial.

An avowal serves two purposes. It enables an attorney to have the court learn what a witness would have replied to a question had opposing counsel not made an objection to the question sustained by the court. It also provides the interrogator with an opportunity to offer evidence that contradicts the disputed testimony. If, upon appeal, an appellate court decides that a witness should have been allowed to respond to such questions before a jury, an avowal will be a record of the witness's response.

Testify , TESTIFY To provide evidence as a witness, subject to an oath or affirmation, in order to establish a particular fact or set of facts. Court rules req… Jehovahs Witnesses , Otherwise known as the Watchtower Bible and Tract Society, Jehovah's Witnesses are one of the largest, and among the most prominent, of sectarian mov… Habitual , habitual •denial, dial, espial, Lyall, mistrial, myall, Niall, phial, trial, vial, viol •sundial •knawel, withdrawal •avowal, Baden-Powell, bowel, di… Federal Rules Of Evidence , Federal Court (Forensic Evidence) The Federal court system creates the standards, rules, and procedures for use by all of the lower courts in the nat… LEADING QUESTION , LEADING QUESTION A query that suggests to the witness how it is to be answered or puts words into the mouth of the witness to be merely repeated in h… Lineup , LINEUP A criminal investigation technique in which the police arrange a number of individuals in a row before a witness to a crime and ask the witnes…