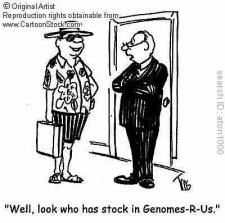 "Reengineering" as a business battle cry was first heard in the early 1990s. Most commentators cite publication of a 1993 book by consultants Michael Hammer and James Champy, entitled Reengineering the Corporation, as the important moment when reengineering became a movement. The book was reissued in 2003 and is cited below. "Reengineering" functionally resembles planned change and what people have traditionally called "reorganization," but, in its beginnings, it came with a definite flavor of "starting from scratch," "blank slate," and "from the ground up." Its promoters advocated radical approaches, used terms like "the big bang," and generally rendered the process of reengineering in revolutionary terminology—whereas the word itself suggested the rational approach of "engineering."

Functionally reengineering calls for rediscovering the objectives of a business, diagnosing ills and discovering new paths to the objectives, design of a process, and then its implementation. It is supposed to transform not only what is done but how it is done, thus to change the corporate culture. Bloated, sloppy, slow, unresponsive, expensive, unfocused organizations are supposed to become lean, quick, effective, responsive, competitive, agile, and concentrated. Since it could be applied to corporations as a whole or specific processes within the business (purchasing, marketing, production, etc.) it came to be called Business Process Reengineering and abbreviated BPR.

Reengineering came at a time when many other waves of managerial technique had already crashed on the rocky shores of corporate bureaucracy. Thus it was labeled a fad immediately by some but embraced by others. It had its predecessors and competitors in such concepts or techniques as zero-based budgeting (another from-the-ground-up approach), intrapreneuring, visioning, de-massing, de-layering, etc. Much older management approaches tied more directly to operational practices were embedded in the reengineering methodology or used in its implementation, including total quality management (TQM), continuous improvement, and the Toyota-led concept of the "lean corporation" based on just-in-time deliveries, effective operational clustering, and cross-training of employees. It is sometimes associated with Six Sigma, a Motorola-invented but GE-popularized quality control objective.

By the mid-2000s reengineering has largely lost its violent language and radical character. It has become a generic label for making change in organizations. The practice has spread beyond the business sector and is being attempted by nonprofits and governmental entities as well—usually the sign of an aging and possibly fading enthusiasm. Since reengineering—in contrast, for instance, with statistical quality control—is not based on a clearly specifiable operational methodology, it is relatively easy to label any reorganization or attempt at reform as reengineering. For this reason reengineering has also become associated with large restructurings in industry leading to mass lay-offs, off-shorings, and out-sourcings—which has tarnished its image. Based on a Louis Harris & Associates survey, cited by Balachandran Bala in his book on this subject, more than 60 percent of companies surveyed in 1996 had carried out some kind of formal reengineering program. Despite such efforts, the average profitability of companies since the 1990s has not improved by the mid-2000s—indeed, thanks to an intervening recession, profitability somewhat lags the mid-1990s level as reported by the U.S. Census Bureau.

Reengineering has a strong element of reform and, in the energetic terminology that it employed, suggested initially the reaction of a new generation of managers come of age and facing what may have looked like the decaying past. The movement roughly coincided with the maturing of the baby boom generation into managerial positions. Thus, at best, reengineering served, and still serves, some companies as an inspiration to (quoting Hammer and Champy) "achieve dramatic improvements in critical contemporary measures of performance, such as cost, quality, service, and speed." At worst reengineering was an occasional reform carried out with too much energy and therefore leaving a certain amount of ill-will behind.

While small business is as prone to fall into decay as large, the small business embrace of major corporate movements has always been cautious and selective—if for no other reason than the absence of the means and time to engage in too much introspection. Rodney McAdam, writing in the International Small Business Journal, confirmed this in a study of small and medium enterprises (SMEs). "Existing methodologies [of reengineering]," McAdam wrote, "mainly assume a large organization setting with large-scale resources dedicated to bringing about the large-scale reengineering changes. The paucity of studies in SMEs is surprising given the current and anticipated future market challenges in the SME environment that increase pressure for organizational realignment and responsiveness and market agility." After looking at the literature, McAdam concluded: "The analysis indicates that the taxonomy and nomenclature of reengineering, as defined by large organization-based studies, has not translated into SMEs, who use much more general terminology."

McAdam's conclusion, put into plain words, is that small businesses engage in similar activities but tend to use practical (what McAdam calls "phenomenological") rather than theoretical ("positivistic") approaches. As McAdam observes, the small business doesn't use reengineering phraseology but does engage in activities of occasionally radical adaptation. This, of course, is very much in line with small business practice when it comes to trendy innovations. A small business tends to pick and choose what will work in its own environment.

Reduced to the "phenomenological" level, reengineering translates into fixing things that do not seem to work. When the analysis of the problem shows that fairly drastic changes are necessary—and these changes are made effectively—results can often be dramatic and the experience occasionally wrenching. The very features of small business—its size; closer contact with employees, suppliers, and the market; and small business's more limited resources—tend to bring problems to the fore sooner. It is less likely for problems to become deeply institutionalized and to acquire large constituencies. For this reason, in usual practice, small business is also likely to take action sooner, more incrementally, and with less drama—one reason, perhaps, why McAdam encountered a "paucity of studies." Perhaps small business is, as so very often, ahead of the curve or immune to the disease.

The concept of reengineering traces its origins to management theories developed as early as the nineteenth century. The purpose of reengineering is to make all processes the best possible. American efficiency engineer Frederick Winslow Taylor (1856–1915) suggested in the 1880s that managers could discover the best processes for performing work and reengineer them to optimize productivity. Business process reengineering (BPR) echoes the classical belief that there is one best way to conduct tasks. In Taylor's time, technology was not sufficient to allow large companies to design processes in a cross-functional or cross-departmental manner. Reengineering became popular in the early 1990s even though the methodology and approach were not fully understood or appreciated. In the twenty-first century, reengineering is an effective tool for organizations striving to operate as effectively and efficiently as possible. Much attention is given to "best practices" that are the outcome of reengineering strategies.

Reengineering is most commonly defined as the redesign of business processes—and the associated systems and organizational structures—to achieve a dramatic improvement in business performance. BPR has been described as a radical new approach to business improvement, with the potential to achieve dramatic improvement in business performance. BPR should not be considered downsizing, restructuring, reorganization, and/or new technology. It is the examination and change of five components of the business strategy, process, technology, organization, and culture. Many companies continue to experiment with reengineering, even if they have failed in previous attempts.

The motivations for reengineering are many, including to:

A common approach for a BPR project includes the following phases:

Several key factors affect the success of BPR. The objectives of reengineering should be specified clearly, such as improved customer service, reduced costs, and improved quality of work performed. Also required are management support and vision; a strong, committed project leader; clearly established objectives; organized change management; and an effective methodology. Team members must share a clear vision of the objectives and goals, have a common focus and understanding of what is to be done, and support the project. Activities critical for broad acceptance of what is proposed include: (1) constant and relevant communication, (2) employee training for implementation of reengineering outcomes, and (3) transition planning, including reevaluating short-term goals and targets.

FACTORS THAT LEAD TO FAILURE

Factors that contribute to unsuccessful efforts in BPR are failures in:

Experiences in planning and executing reengineering projects have shown that key obstacles to success are:

Among the key reasons companies outsource BPR projects are:

Continuous process improvement begins by documenting what one does today, establishing some measures for process flow, measuring performance, and identifying and implementing improvement. BPR begins with defining the scope and objectives of the reengineering project, learning from customers, employees, competitors, and technology, creating a vision for the future and designing new business processes, creating a plan for action during the transition period, and implementing a solution. BPR efforts are far more comprehensive than those involved in continuous process improvement.

Most analysts view reengineering and information technology (IT) as irrevocably linked. Wal-Mart, for example, would not have been able to reengineer the processes used to procure and distribute mass-market retail goods without IT. In another well-known example, Ford Motor Company was able to decrease its number of employees in its procurement department by 75 percent by using IT in conjunction with BPR.

Despite studies that indicated that over half of all reengineering efforts were initiated because of a perceived IT opportunity, it has been noted that the actual technological solution is far less important than educating employees to use IT as both a strategic initiative and as a tool in the reengineering process. IT can prove useful during the reengineering analysis and design process. Graphics software and computer-aided software engineering tools can produce process maps; spreadsheets and costing software allow for activity-based cost analysis; databases can track customer satisfaction and complaints; and "blind" electronic-mail bulletin boards can be used to capture employee suggestions.

During the implementation stage, it is recommended that companies follow these basic rules: recognize that IT is only part of the solution—it allows managers to collect, store, analyze, and communicate and distribute information better; bring in internal or external IT experts because their knowledge, skills, acumen, and experience are invaluable; and, after implementation, continually monitor IT performance and keep up with new IT developments.