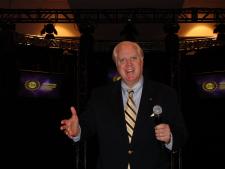 Intrapreneurs are employees who work within a business in an entrepreneurial capacity, creating innovative new products and processes for the organization. Intrapreneurship is often associated with larger companies that have taken notice of the rise in entrepreneurial activity in recent years; these firms endeavor to create an environment wherein creative employees can pursue new ways of doing things and new product ideas within the context of the corporation. But smaller firms can instill a commitment to intrapreneurship within their workforces as well. In fact, small businesses, which often originate as entrepreneurial ventures, are ideally suited to foster an intrapreneurial environment, since their owners have first-hand knowledge of the opportunities and perils that accompany new business initiatives. For larger companies, nurturing an environment of intrapreneurship is a way to recapture a dynamic spirit while for smaller companies, it can be a way of maintaining the entrepreneurial drive from which they began.

Intrapreneurship practices have developed in response to the modern world's rapidly changing marketplace. Businesses of all sizes have long had internal units dedicated to research and development and new product development. Nonetheless, the task of maintaining a creative environment in which innovative ideas may be nurtured is not an easy one and the larger the organization the more difficult that may be. As an organization grows it naturally becomes more bureaucratic and for people of a creative bent a bureaucratic environment can be stifling. Frequently, organizations loose creative people as they grow. Intrapreneuring in its current form represents the determination of employers to solve the resulting brain drain. They are doing so by creating the environment and incentives for entrepreneurship within their existing business operations.

Small businesses have a natural advantage in terms of establishing such an environment, although it may not come naturally even for a smaller business. Internal "incubators" are one innovative example of the trend towards intrapreneurship. In these programs, employees can use the company's resources (including their already established name and reputation, as well as management experience, financial assistance, and infrastructure) to build and promote their own new business ideas. These and similar arrangements enable companies to stem the loss of ambitious and talented employees to entrepreneurial ventures. Entrepreneurial-minded employees, meanwhile, "get the challenge—and the profits—of creating their own 'companies' with little of the risk they would face on their own," observed David Cuthill in Los Angeles Business Journal.

Huggins, Sheryl E. "Internal Moonlighting: Use Your Day Job to Branch Out on Your Own." Black Enterprise. October 1997

Intrapreneurship describes the process of developing new products, services, and lines of business within an existing company. It is perhaps best understood as a form of internal entrepreneurship that takes place with the encouragement and support of management. An employee who takes responsibility for developing an innovative idea into a marketable product is known as an intrapreneur. Management consultants Gifford and Elizabeth Pinchot coined the term in 1976 and helped popularize the concept of intra-corporate entrepreneurship in their pioneering book Intrapreneuring: Why You Don't Have to Leave the Corporation to Become an Entrepreneur.

The Pinchots and other experts recognized that entrepreneurial ventures often lost their innovative edge as they grew into established companies. In order to help organizations remain creative and competitive as they grew, the consultants came up with guidelines and models to foster this entrepreneurial spirit among employees. “There are many advantages in working with intrapreneurs in any organization. Given the business environment in this day, any organization needs people who can bring in new ideas and see them through,” Emily Hwengere wrote in the Financial Gazette in 2002. “Without intrapreneurs who can identify and exploit new opportunities, organizations will naturally die.”

One of the most commonly cited intrapreneurship success stories is 3M Corporation, which has a policy that allows employees to spend 15 percent of their working hours developing their own business or product ideas. This policy led to the creation of Post-It-Notes by an

employee that was looking for something to mark pages in his prayer book.

Intrapreneurship is particularly valued in the information technology industry because product innovation is highly competitive. Employees at large tech companies invented many of the well-established products used today. Steve Jobs and twenty other employees at Apple Computers engineered the Macintosh computer to compete with the Apple II. A former employee of Oracle designed Business Objects, a world leader in business intelligence software.

Experts recommend that business organizations create a culture that provides employees with both freedom and encouragement to develop new ideas. They emphasize that support for intrapreneurship must start with top executives and work its way down in the form of policies, programs, and reward systems. “The real challenge for any company trying to unleash new businesses is that people have to believe that this is not an unnatural act,” Gary Hamel told Inc. in 2000. “This is what's going to have to happen in companies-bringing ideas, capital, and talent together from all across the corporate entities. Companies have to learn how to leverage the competencies and the assets that they already have within.” Some companies foster intrapreneurship by encouraging employees to form competing teams that function like small businesses or internal vendors. Other companies create formal innovation programs to ensure that every new idea receives a fair hearing. In some companies, upper management behaves like a venture capital firm, evaluating and providing financial support for promising new ideas.

Employees who succeed as intrapreneurs tend to possess many of the same talents and traits as traditional entrepreneurs as well as a commitment to the organization and its goals. Working within an existing company— rather than launching an independent start-up business— offers a number of advantages to such individuals. Access to the company's resources increases their chances of success, for example, while maintaining a salaried position provides them with added security in case of failure. Intrapreneurs also gain experience that they can apply to future entrepreneurial ventures, as well as a stimulating work environment. In this way, supporting intrapreneur-ship can help companies retain valuable employees. “One of the most wonderful things organizations have going for them is that people already have an intrinsic desire to go beyond—to learn, to grow, and to aspire to possibilities within themselves,” according to Jacqueline Byrd and Paul Lockwood Brown, authors of the 2002 book The Innovation Equation.

Melih Oztalay, author of 2007's Business Growth: Taking A Look At Innovating For Cash, cautions companies against being taken in by the innovation myth. Oztalay cites studies that found between 50 percent and 90 percent of new products are financial failures. She points out that the top twelve of Proctor & Gamble's 250 brands make half of the company's sales and more than half of its net profits. Oztalay argues that the “innovation spree” of the 1990s, where companies encouraged intrapreneurs and venture capitalists and invested in countless start-ups, did not generate returns. She concludes that “there's an important difference between being innovative and being an innovative enterprise: The former generates lots of ideas; the later generates lots of cash.”

Numerous books, articles, Web sites, and workshops exist to provide advice for companies and employees hoping to take advantage of the opportunities presented by intrapreneurship. In general, such sources recommend that intrapreneurs be willing to take risks, find an internal champion from senior management, negotiate measures of success for their project, ensure that the project is given adequate time to succeed, and select fellow employees who can contribute needed skills. Some of the major factors that inhibit intrapreneurship include resistance to change in organizations, a corporate bureaucracy that slows down project approval, a refusal to allocate resources to new ideas, a lack of training and support for employees, low rewards for success coupled with high costs of failure, and performance evaluation based solely on job descriptions. “When you set up a new unit, be careful that you steer a line between two paths,” Hamel explained. “Totally isolating it, which is fine if it isn't at all related to what you're doing, and giving it a bear hug, where you hold on to it so tight that it can never escape the gravitational pull of old beliefs.”

Office , Office Security Office security can be broken down into two main areas: 1) protecting your office and employees from vandalism, theft, and personal a… Small Business , Small Business/Large Business Relationships Many small business owners see large businesses exclusively in competitive terms. For small enterprises t… Diversification , Diversification In its narrowest meaning, diversification in corporate jargon means participation in multiple industrial activities that do not move… Entrepreneur Jobs , Choosing Your Own Career Path with an Entrepreneurship Degree Choosing to pursue an entrepreneurship degree can offer you a variety of career paths.… Telecommuting , Telecommuting is a practice in which an employee works at a location—often his or her home—that is remote from the actual business facility at which… Corporate Social Responsibility , In their 2003 book, Business and Society: Ethics and Stake-holder Management, Carrol and Bucholtz describe corporate social responsibility (CSR) as t…