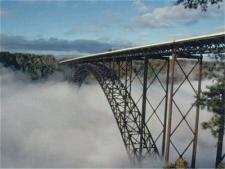 oxford
views updated
New River. As Elizabethan London grew, the demand for water outstripped supply, prompting Sir Hugh Myddleton to construct an artificial waterway from Ware in Hertfordshire (1609–13). Fed by the Chadwell spring, thirteen wells, and small tributaries, its 39-mile meander terminated at the New River Head, near King's Cross Road; it included over 40 sluices and two long aqueducts made from timber troughs lined with lead. Water distribution in the city was via some 400 miles of wooden pipes, some of which, despite leakage, were still in use about 1800. Subsequently straightened and shortened, it now ends at Stoke Newington waterworks.