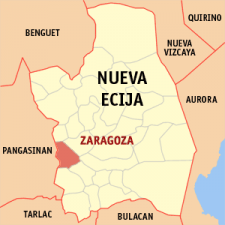 oxford
views updated
Zaragoza (Saragossa) City on the River Ebro, ne Spain; capital of Zaragoza province and Aragón region. The city was taken by the Romans in the 1st century bc, and by Moors in the 8th century. In 1118, it was captured by Alfonso I of Aragón, who made it his capital. It was the scene of heroic resistance against the French in the Peninsular War (1808–09). Its main landmark is the Moorish palace of Aljafarería. Other sites include the cathedrals of La Seo and El Pilar. The city is an important commercial and communications centre. At the heart of an agricultural region, it acts as a distribution point for wine, olives and cereal. Industries: heavy machinery, textiles. Pop. (1999) 669,667.

Kumasi , Kumasi City in central Ghana; capital of Ashanti region. The second-largest city in Ghana, it was the capital of the Ashanti kingdom in the 17th and… Worcester (England) , Worcester. Cathedral city on the river Severn, and county town of Worcestershire. A modest Roman town, it was reoccupied by a cathedral (680) and lat… Castile , Castile (kăstēl´), Span. Castilla (kästē´lyä), historic region and former kingdom, central and N Spain, traditionally divided into Old Castile and Ne… Thessaloniki , Thessaloníki (thĕ´sälōnē´kē) or Salonica (sălənē´kə, səlŏn´Ĭkə), also known as Thessalonike, Thessalonica, Salonika, and Saloniki, city (1991 pop. 38… Eger , Eger (ĕ´gĕr), Ger. Erlau, city (1991 est. pop. 62,474), NE Hungary, on the Eger River. It is the commercial center of a wine-producing region and has… San Salvador , San Salvador, name given in the colonial period to both the approximate territory of present-day El Salvador and the city that historically presided…