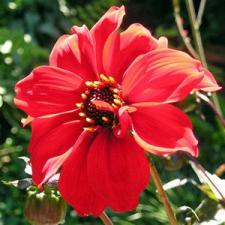 oxford
views updated
Llandaff, diocese of. Llandaff cathedral looks to the 6th-cent. saints Teilo and Euddogwy as its founders, and the shrine of the former was a place of pilgrimage until the Reformation. Work on the building of the present cathedral, and the definition of the territorial boundaries of the see, were however the responsibility of the first Norman bishop, Urban, early in the 12th cent. The cathedral still contains several richly ornamented doorways and arches from this time. The diocese, the most populous in Wales, originally encompassed most of the counties of Glamorgan and Monmouth (Gwent), though the latter became a separate bishopric in 1921. None the less it has been calculated that half of the population of Wales lives within 25 miles of the cathedral, today in a suburb of Cardiff. The cathedral has had a chequered history. In the 17th and 18th cents. it fell into ruin, and was completely restored in the 19th, only to be partially destroyed again by German bombs in 1941. Restored by the architect George Pace, the cathedral now contains numerous works of art, including examples by Dante Rossetti, Jacob Epstein (his controversial Majestas), and Frank Roper.