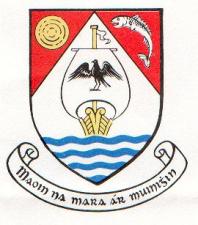 oxford
views updated
Arklow, battle of, 1798. Despite the repulse at New Ross on 5 June 1798 the Wexford rebels remained dangerous. They had captured Gorey, and threatened Arklow, opening a line of advance north to Dublin. But the government was given time to reinforce the small garrison at Arklow and when the rebels attacked on 9 June, in great numbers, they were driven back, largely by artillery. The rebellion lost impetus and Wexford was recaptured on 21 June.