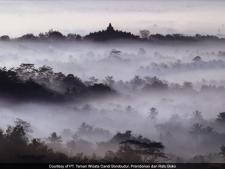 oxford
views updated
Yogyakarta (Jogjakarta) City in s Java, Indonesia. Founded in 1749, it is the cultural and artistic centre of Java. Capital of a Dutch-controlled Sultanate from 1755, it was the scene of a revolt (1825–30) against colonial exploitation. During the 1940s, it was the centre of the Indonesian independence movement and, in 1949, acted as the provisional capital of Indonesia. Its many visitors are drawn by the 18th-century palace, the Grand Mosque, the religious and arts festivals, and its proximity to the Borobudur temple. The major industry is handicrafts. Pop. (1995) 418,944.