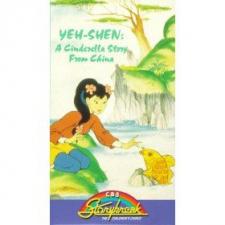 oxford
views updated
Shen. Chinese word for spirits. In antiquity, it refers to the spirit of the ancestor who enjoys an afterlife because of the continuing and periodical sacrifices offered to him by the members of his offspring. Shen is not immortal; it is contingent upon the continuing offering of the sacrifices. Ancient China had a composite concept of the ‘soul’ in the body composed of hun and pʾo. After death, hun becomes shen and partakes of the ancestral offerings. Pʾo, after death, becomes kuei and goes to the Yellow Spring—the underworld. But in later times, shen and kuei refer to the two alternative designations of the spirit of the deceased: it is called shen when continuing sacrifices are offered to it, and it is called kuei when such sacrifices are denied to it. Shen blesses and kuei harms the family.

Psychic Photography , The production of photographs on which alleged spirit forms are visible. When the plate or film is developed there sometimes appears, in addition to… Verve , verve †special vein or bent in writing XVII; spirit, dash, go XIX. — (O)F. verve †form of expression, †empty chatter, †whim, vigour — L. verba, pl. o… Zeitgeist , Zeitgeist The characteristic spirit (Geist) of a historical era (Zeit). Eighteenth-century philosophers like Voltaire were intrigued by the idea of ‘… Holy Spirit , The term Holy Spirit occurs in only two historically late texts in the Old Testament (Isa. 63:10.11; Ps. 51:13), but much can nonetheless be deduced… Arak , arak (arack) (Greek: ouzo; Turkish: raki.) Arabic; anise‐ and liquorice‐flavoured spirit. Also used generally in the Middle and Far East to mean any… Reincarnation , Theme Overview Many cultures have myths and legends that tell of heroes or other characters who die and then come back to life. When they reappear, t…