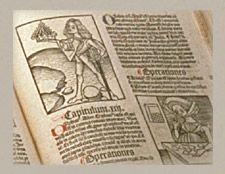 oxford
views updated
Hale, Sir Matthew (1609–76). Hale was one of the great authorities on English law (particularly on the criminal law), and had a distinguished judicial career. He took office as chief justice of Common Pleas under the Commonwealth and after the Restoration became the chief baron of the Exchequer and in 1671 chief justice of Common Pleas. However his fame rests primarily on his writings, among them his History of the Common Law, The Jurisdiction of the Lords' House, The Prerogatives of the King, and above all his History of the Pleas of the Crown, which has continued to be an important source of the criminal law, and was quoted as recently as 1991 in the case of R. v. R. where Hale's statement that there could be no rape committed by a husband on his wife was finally overruled by the House of Lords. Hale was remarkable for his scholarship and for his personal qualities of integrity and humanity.