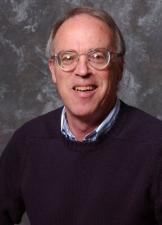 Young specialized in public utility securities law. The Panic of 1893 and the ensuing depression required reorganization of many utility companies, mainly because of the demise of their major supplier, General Electric (GE).

In 1913 Young's handling of a case against a GE subsidiary brought an invitation to become GE's general counsel. By 1922 he had become chairman of the board. Always interested in the problems of the laboring man, he pushed for the adoption of employee stock option plans and the use of unemployment insurance.

Young's participation in President Woodrow Wilson's Second Industrial Conference following World War I marked the beginning of his counseling of five U.S. presidents. In 1924 he coauthored the Dawes Plan, which provided for a reduction in the annual amount of German reparations, a loan to stabilize the German currency, and the French evacuation of the Ruhr Valley. The Dawes Plan worked, primarily because of American loans and investments. In the late 1920s investments fell, and Germany again defaulted on its payments. In 1929 a new international body met to consider a program for the final release of German obligations. Young acted as chairman. Germany's total reparations were reduced and spread over 59 annual payments. The Young Plan, which also reduced Allied war debts to the United States, collapsed with the coming of the Great Depression.

During the 1920s Young organized the Radio Corporation of America and acted as its board chairman until 1929, when he became chairman of the executive committee. In 1939 he retired to the family farm, where he began dairy farming. More than 20 colleges awarded him honorary degrees. Long interested in education, he served as a New York State regent and in 1949 labored on the state commission that recommended the present system of higher education. His donations to the New York Public Library were valued at over $1,000,000. He died on July 11, 1962.

Lester Young , Young, Lester 1909–1959 Jazz musician Lester Young, nicknamed “Pres” by legendary jazz singer Billie Holiday was, in his time, the undisputed preside… Sandy Weill , Sandy Weill 1933– Chairman, Citigroup Nationality: American. Born: March 16, 1933, in Brooklyn, New York. Family: Son of Max Weill (a dressmaking-bus… Coleman Young , Young, Coleman 1918– The feisty and colorful Coleman Alexander Young is now serving an unprecedented fifth term as mayor of the city of Detroit. Not… Young Plan , Young Plan, program for settlement of German reparations debts after World War I. It was presented by the committee headed (1929–30) by Owen D. Young… Loretta Young , Few actors have enjoyed the professional longevity of the stunning Loretta Young (1913-2000) and even fewer in three media—motion pictures, radio the… Young Turks , Between 1828 and 1867, the phrase Young Turk was used to denote those Ottoman intellectuals and statesmen advocating liberal reforms and a constituti…