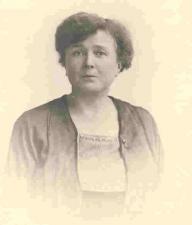 John Harold Clapham was the son of a Wesleyan Jeweler in Salford, Lancashire. He attended King's College, Cambridge, on a scholarship, graduating with first-class honors in history in 1895. He received the Lightfoot scholarship in ecclesiastical history the following year and the Prince Consort Prize in 1897 and then was made a fellow of King's. He was influenced most in these early years by the economist Alfred Marshall.

In 1902 Clapham went to the University of Leeds as a professor of economics and a pioneer in economic history. He returned to Cambridge in 1908 as dean of King's and was deeply involved in university affairs until his death. In 1928 the Cambridge chair in economic history was established for him, and he held it for a decade.

Clapham was a member of the Board of Trade on the Cabinet Committee on Priorities (1916-1918), president of the British Academy (1940-1945), editor of Studies in Economic History, and joint editor of the first volume of the epochal Cambridge Economic History of Europe (1941). He was knighted in 1944.

In 1945 Clement Atlee appointed Clapham chairman of a committee to study economic and social research in England. The committee's recommendations, published after Clapham's death, were accepted and implemented by the government.

Clapham was essentially uninterested in the role of ideas, and in 1922 his famous essay "Of Empty Boxes" attacked theory and analysis which "outran verification." During the 1930s and 1940s, when disagreements on methodology and meaning stirred historians and social scientists, he continued to support narrative histories of institutions based on accumulations of economic data. In his monumental three-volume Economic History of Modern Britain (1926-1938), Clapham traced with admiration the achievements of 19th-century free enterprise. Personally sympathetic to the economically displaced, Clapham wrote little about them and even less about the causes for their displacement. His views of economic history as the "story of how men have kept alive and as comfortable as might be" dominated the practice of economic history at Cambridge until recent times.

Although Clapham wrote two studies in political history, his major efforts and achievements were in economic history. Beginning with The Woolen and Worsted Industries (1907), his other works of importance are The Economic Development of France and Germany, 1815-1914 (1921); The Bank of England: A History (3 vols., 1944-1958); and A Concise Economic History of Britain from the Earliest Times to 1750 (published post-humously in 1949 and revised in 1959).

The most complete biographical sketch of Clapham's life and work is G. N. Clark's "Sir John Harold Clapham, 1873-1946" in the Proceedings of the British Academy, vol. 32 (1944). A biographical sketch of Clapham by W. H. B. Court is in Architects and Craftsmen in History, edited by Joseph T. Lambie (1956). The inaugural address of M. M. Postan as professor of economic history at Cambridge, succeeding Clapham, The Historical Method in Social Science (1939), illustrates the continuity of Clapham's influence. □

Cliometrics , From a purely etymological standpoint, the term cliometrics should have a very broad meaning. After all, Clio was the muse of history in ancient Gree… Paul Anthony Samuelson , Samuelson, Paul A. 1915- BIBLIOGRAPHY If one could do a mental time-and-motion study of a modern economic theorist at work, a large fraction of what… Economic History , economic history. As the name suggests, economic history is a hybrid discipline fusing together two areas of study with widely divergent interests an… Institutionalism , Institutionalism The institutional approach to the economy had its genesis in the work of Thorstein Veblen, whose The Theory of the Leisure Class (18… Institutionalism , Institutionalism THE TEXAS SCHOOL OUT WITH THE OLD, IN WITH THE NEW THE IMPACT OF INSTITUTIONALISM BIBLIOGRAPHY The institutional approach to the eco… Sir Dennis Robertson , Sir Dennis Holme Robertson The English economist Sir Dennis Holme Robertson (1890-1963) was a major figure in the development of economic theory in t…