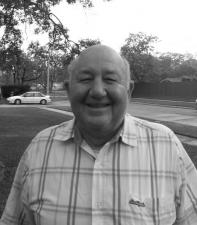 A major influence on Davenport was the harsh and puritanical tyranny of his father, Amzi Benedict Davenport, a founder of and teacher in a private academy in Brooklyn, New York, who was later successful in real estate and insurance. The father taught his son to the age of thirteen, as well as demanding almost full-time work in his office. Charles yearned to attend school to escape the drudgery. His mother, Jane Joralemon Dimon Davenport, was of more liberal religious views, enthusiastic about nature, and in favor of college. Work each summer on the family farm near Stamford provided Charles with the opportunity to indulge in nature observation. Although mainly a solitary youth, he did enjoy organizing natural history groups among a few close friends.

At thirteen Davenport entered the Polytechnic Institute of Brooklyn and soon was at the head of his class, despite his previous unorthodox schooling. He received a B.S. in civil engineering in 1886. After nine months as rodman for a railroad survey in Michigan, Davenport entered Harvard College, partly supported by his mother’s independent income. Under the guidance of E. L. Mark he majored in zoology, receiving the A.B. in 1889 and the Ph.D in 1892. He promptly became an instructor at Harvard.

In 1898 Davenport became director of the summer school of the Biological Laboratory of the Brooklyn Institute of Arts and Sciences at Cold Spring Harbor, New York, a commitment he kept until 1923. In 1899 he left Harvard to become assistant professor at the University of Chicago, advancing to associate professor in 1901. Although enthusiastic about the plans of the department chairman, C. O. Whitman, to enlarge the Marine Biological Laboratory at Woods Hole, Massachusetts, and turn it toward intensive study of heredity, Davenport, also keenly independent, in 1904 finally persuaded the Carnegie Institution to support the Station for Experimental Evolution at Cold Spring Harbor, for which he left Chicago to become director. Constantly planning new research, he also established and directed the Eugenics Record Office are the same location from 1910; its funds were acquired from Mrs. E. H. Harriman. The Carnegie Institution assumed the office in 1918. Although the three organizations of which Davenport was director were all adjacent, there was little integration—and frequent confusion of direction. In 1934 Davenport retired from all his commitments, but stayed at Cold Spring Harbor to continue research and writing.

Davenport was a member of sixty-four scientific societies and active in many of them. He was elected to the American Philosophical Society and the National Academy of Sciences. In 1923 he received the gold medal of the National Institute of Social Sciences, and in 1932 he was president of the Third International Congress of Eugenics.

Davenport’s research began in the 1890’s with statistical studies of populations. With students in his Harvard course in experimental morphology, he published several quantitative studies and pioneered in the use of biometric methods in the United States, especially through his manual, Statistical Methods With Special Reference to Biological Variation (1899), which introduced the methods of Karl Pearson to the United Sates. The rediscovery of Gregor Mendel’s results in 1900 turned many toward similar genetic studies of a variety of organisms: and Davenport’s laboratory joined the trend, although he himself was not fully convinced of the validity of Mendelism until many completed experiments and the persuasion of its champion, William Bateson, satisfied him. His station conducted breeding experiments on a variety of animals: but techniques were not always satisfactory, and only the studies of canaries and of chickens produced significant results. Davenport himself was careless and hasty in research, and hypersensitive to criticism.

From 1907 Davenport’s interests turned to human heredity and eugenics, a shift sparked at least partly by his wife, Gertrude Crotty Davenport, who for several years was senior author on papers with him. Also, since 1897 Davenport had been acquainted with Francis Galton, the founder of eugenics. A major contribution to early eugenics was Heredity in Relation to Eugenics (1911), in which Davenport presented data on inheritance of a great variety of traits, from eye color and certain illnesses to criminality and pauperism, not all with convincing data. This staunch advocate of an improved race of man urged great care in the selection of marriage partners, large families for those who had thus selected, a ban on racial mixing, and the exclusion of undesirable immigrants from the United States. In 1918 Davenport analyzed the physical traits of recruits for the U.S. Army, and he continued along these lines with growth measurements of children in orphanages.

Davenport was a poor lecturer yet an infectiously enthusiastic conversationalist. His major contributions were the introduction of statistical methods into evolutionary studies and the initiation of projects in the laboratories he directed.

I. Original Works. Davenport was more at ease writing than speaking and often expressed himself—even at home—in letters to his father. His scientific publications, totaling over 400, began in 1890 and continued to posthumous papers. The great majority were without coauthor. Both biographies cited below contain full bibliographies (except for reviews and short notes).

The manual Statistical Methods With Special Reference to Biological Variation went through four editions (New York, 1899, 1904, 1914, 1936). Davenport’s animal genetic studies were ṣummarized in Inheritance in Poultry, Carnegie Institution of Washington, publication no. 52 (Washington, D.C., 1906) ; and Inheritance in Canaries, Carnegie Institution of Washington, ublication no . 95 (Washington, geological map of Australia, along with an(Washington, D.C.,1908). His eugenics data and creed were first presented in Heredity in Relation to Eugenics (New York, 1911) and were followed by many papers on the subject.

II. Secondary Literature. A disarming analysis of Davenport’s personality was written by his colleague, E. Carleton MacDowell, in Bios, 17 , no. 1 (1946), 2–50, in which the subject’s childhood is summarized from personal notes and diaries, and the establishment of the Cold Spring Harbor laboratories is detailed. Oscar Riddle’s “Biographical Memoirs of Charles Benedict Davenport,” in Biographical Memoirs. National Academy of Sciences, 25 (1948), 75–110, is derived in great part from MacDowell.