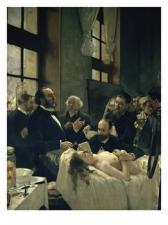 Regnault was left an orphan at an early age; his father, an officer in Napoleon’s army, died in 1812 in the Russian campaign and his mother died shortly afterward. A close friend of his father supervised his education and then found employment for him in a draper’s shop in Paris, where, despite considerable financial hardship, he took lessons for the entrance examination of the Ecole Polytechnique. Admitted there in 1830, he graduated with distinction two years later and studied for two more years at the Ecole des Mines in Paris before traveling extensively in Europe to study mining techniques and metallurgical processes. After short periods of research under Liehig at Giessen and Boussingault at Lyons, Regnault returned to the Ecole Polytechnique as assistant to Gay-Lussac in J 836 and in 1840 succeeded him in the chair of chemistry.

Also in 1840 he was elected to the chemical section of the Académie des Sciences, but his interests were already turning to physics and it was at the Collège de France, where he became professor of physics in 1841, that he performed his most important experimental work for the next thirteen years. From 1854 he lived and worked at Sevres as director of the famous porcelain factory; and he was still engaged on research there when, in 1870, all his instruments and books were destroyed by Prussian soldiers. This blow, and the death of his son Henri late in the Franco-Prussian War, left Regnault a broken man; and his last years were clouded by grief and personal disability. Among his many honors were membership of the Legion of Honor (1850) and the Rumford and Copley medals of the Royal Society (1848 and 1869, respectively).

In his chemical work, nearly all of which dates from 1835 to 1839, Regnault followed no unified program of research. It was, however, his contributions in organic chemistry, most notably his studies of the action of chlorine on ethers and the research that led him to the discovery of vinyl chloride, dichloroethylene, trichloroethylene, and carbon tetrachloride which quickly won him an international reputation and the high esteem of such chemists as Liebig and Dumas.

Regnault’s early work in physics arose directly from his chemistry. Encouraged by Dumas, who had long advocated the measurement of specific heats as a means of investigating the atomic composition of substances, he began with a systematic experimental study of the specific heats of a wide range of solids and liquids. In the course of this work, which occupied him from 1839 to 1842, he conclusively demonstrated the approximate nature of Dulong and Petit’s law and confirmed the validity, within the same limits of accuracy, of F. E. Neumann’s extension of the law from elements to compounds. In 1842, with his reputation as an experimenter established, Regnault was appointed by the minister of public works to redetermine all the physical constants involved in the design and operation of steam engines; it was then that he began the research on the thermal properties of gases for which he is now best known.

In fact Regnault did far more than was asked of him; and in nearly thirty years of painstaking experiments, all generously financed from government funds, he not only provided the standard data that practicing engineers were to use for several decades but also subjected the laws governing the physical properties of gases to a thorough and long-overdue reexamination. His most important conclusions, all reached by 1853, concerned Dulong and Petifs law, which was shown to be only approximately true even for gases (thus contradicting Dulong’s own conclusion on this point); the expansion coefficient, which Regnault measured to an unprecedented degree of accuracy and which he showed to vary with the nature of the gas; and Boyle’s law, the deviations from which he investigated in great detail.

Speculation and discussions of theory are noticeably absent from Regnault’s published work, as they are from his surviving notebooks. But in 1853 he declared his acceptance of the principle of the conservation of energy; and later he measured the mechanical equivalent of heat, although with only moderate success. In declaring his support for the principle, Regnault stated that he had subscribed to the mechanical theory of heat “for a long time” and that he had been led to it independently through his own experiments (Comptes rendus … de V Academic des sciences, 36 [1853], 680). A comment made in 1854 by a former pupil, Ferdinand Reech, which suggests that Regnault had been won over to the new ideas only with great difficulty, seems more reliable, however (Machine a air d’un nouveau systeme [Paris, 1854], i). For there is certainly no evidence, other than Regnault’s own testimony, to indicate that he arrived at the principle independently, although in many ways he was well poised to make the discovery.

As Dumas later regretted, Regnault was too cautious. In the quality of his meticulous experimental work, which he always conducted on the grand scale, he was unrivaled in his own day; and his compilations of data provided an indispensable tool for the pioneers of thermodynamics. Yet he lacked the intellectual capacity to participate in a truly creative way in the momentous developments in physics in the mid-nineteenth century.

I. Original Works. Regnauit’s accounts of his experiments in physics were collected in three vols, of the Memoires de l’Académie des sciences, 21 (1847), 26 (1862), and 37 , pts. 1 and 2 (1868–1870)—which were also published, simultaneously and with identical pagination, as Relation des experiences entreprises … pour determiner les principales his et les donnees numeriques qui entrent dans le calcul des machines a vapeur. His most important work in chemistry is contained in papers published in the Annales de chimie et de physique, but his Cours elementaire de chimie, 3 vols. (Paris, 1847–1849), enjoyed a great success as a textbook, being translated into English, German, Dutch, Italian, and Spanish. Nearly all the surviving MS material, chiefly notebooks concerning his travel and early experiments, is in the library of the Institute dc France, Paris.