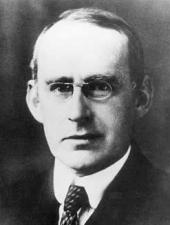 oxford
views updated
Eddington, Sir Arthur Stanley (1882–1944) English astronomer and physicist. He pioneered the use of atomic theory to study the constitution of stars. Among his discoveries were the mass-luminosity relationship and the degeneration of matter by white dwarfs. Eddington helped popularize the theory of relativity, and in 1919 obtained proof of the general theory that gravity bends light by measuring stars close to the Sun during a solar eclipse.