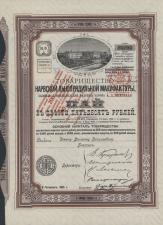 Baron Friedrich von Hügel (1852-1925) wrote extensively on issues in the philosophy of religion. He was particularly concerned with questions relating to the importance of the truth—claims of modern science to believing Christians.

Baron Friedrich von Hügel was born in Florence, Italy, on May 5, 1852, the son of an Austrian diplomat and his Scottish wife, recently converted to her husband's Catholic faith. Friedrich's early education was provided by tutors at home; indeed, he never attended school or college and was largely self-taught throughout his life. In 1860 Baron Karl moved his family to Brussels, where he served as ambassador until his retirement in 1867; thereafter the von Hügels resided in Torquay, England, while making frequent visits to the Continent.

Von Hügel's upbringing continued under rather mixed influences. A Quaker tutor introduced him to the study of geology, which became his lifelong avocation. Soon after his father's death in 1870 the young man fell gravely ill with typhus. This left him with impaired hearing, which became worse as he grew older. Deprived of normal social opportunities, Friedrich turned to reading and amateur scholarship, learning some Hebrew, with a nearby rabbi's help, while pursuing his scientific work. On a trip to Paris he met the Abbé Huvelin, a gifted counselor who had a lasting influence on von Hügel's somewhat troubled spiritual development.

In 1873 the baron was married to Lady Mary Herbert who, like his mother, was a recent Catholic convert. Their family consisted of three daughters, for whose religious education the father took personal responsibility. They lived first in Hempstead, then in Kensington, London, where von Hügel died on January 27, 1925.

Von Hügel's books were published only after he was 56 years old, the products of a fully matured, still vigorous mind. The longest and perhaps best-known, Mystical Element of Religion (1908), grew out of long study of St. Catherine of Genoa; in it he wrestled with the charges of psychological abnormality in the mystic's experience, insisted on the mystic's right to be heard both inside and outside the Church, and defended his view that direct experience of a divine reality can be attained. In 1912 a second book appeared, Eternal Life, interpreting this central theme in the Gospel of John in fresh, robust fashion. A shorter work titled The German Soul (1916) sought to counteract the then-current diatribes against everything German.

Two volumes of Essays and Addresses on the Philosophy of Religion (1921 and 1926) gathered together some of the baron's papers and lectures on diverse topics dating back to 1904. These books greatly extended their author's influence as a seminal thinker in a field too long dominated by "scholastic and theoretical" rather than "mystical and positive" approaches, to adopt one of von Hügel's favorite contrasts. Although his poor health prevented him from giving the Gifford Lectures for 1924-1925, the unfinished manuscript was published in 1931 as The Reality of God.

The slow, strenuous development of von Hügel's thought is better traced in two volumes of correspondence with his wide circle of friends, including thinkers such as Wilfrid Ward, Clement Webb, Ernst Troeltsch, Rudolf Eucken, Maurice Blondel, and Louis Duchesne. This material is contained in Selected Letters 1896 to 1924 (edited by Bernard Holland); a more intimate glimpse of the baron's thought processes is given in Letters from Baron von Hügel to a Niece, Gwendolyn Greene. They make lively reading as they disclose an honest mind at grips with "indefinitely apprehensible truth."

Never thoroughly at home in English, von Hügel's style of writing often seems "uncouth and ponderous," as Dean Inge once remarked. However, it contains sentences and phrases of memorable vibrancy as well, which accurately reflect the rock-like quality of the writer's thinking—in constant dialogue with itself, utterly candid, and without any flourish of finality. The same conversational freshness marks his work intended for publication and engages the reader in a shared search for needed authenticity.

The baron's large capacity for friendship led him naturally into many discussions over issues in the philosophy of religion, especially those raised by the truth claims of modern science for believing Christians like himself. Problems of biblical interpretation interested him always and soon brought him into contact with the Modernist movement through its leading representatives, Alfred Loisy in France and George Tyrrell in England.

Just what part he played in Modernism has been much debated. Never sympathetic toward fundamentalist and absolutist tendencies within his own church, he tried to keep an open mind in matters such as the historical-critical study of Scripture or the claims of papal primacy in defining dogma. So he could, and did, encourage Loisy and Tyrrell, the enfants terribles of Modernism, in their researches and hypotheses while refusing to follow them into rebellion against Church authority. When his friends were censured by the Vatican and the papal encyclical Pascendi (1907) brought public debate to an end, von Hügel's own writing escaped being placed on the Vatican's index of forbidden books and his influence as an ecumenical thinker was secured.

It is of course impossible to reduce such ruggedly un-systematic, metaphorical ways of thinking to a few generalized propositions, but something like an overview can be attempted. The baron thought habitually in both/and rather than either/or terms; he called his method a "critical realism" that takes first-order experience as evidential but insists upon the need for second-order reflection and qualification. Resisting oversimplification, he studied religious phenomena as a "complex of characteristics" to be approached dialectically, fully aware of the genuine tensions they present, unwilling to presume to solve in theory what may only be resolved in practice. His treatment of the "problem of evil" is a good example of his method, as is also his treatment of "miracle" over against both nature and the supernatural. For von Hügel, mystery and reality are two ways of saying the same thing—or, rather, the whole of things—each of which would be strictly unthinkable without the other.

He thus remained an independent, deeply provocative thinker whose writings will no doubt continue to intrigue and inspire others who concern themselves with the truth of Christian faith. In him, as in his thought, intellectual honesty kept intimate company with a sincerity of spirit; this may well be the source of von Hügel's influence and importance.

There are three useful biographies of von Hügel in English. Michael de la Bedoye‧re, The Life of Baron von Hügel (1951) gives the fullest account of his personal development, family relationships, and influential friendships. L. V. Lester Garland, The Religious Philosophy of Baron F. von Hügel (1933) provides the best overview of salient features in his thought, with ample and well-chosen quotations from letters and occasional papers as well as longer works. Maurice Nédoncelle, Baron Friedrich von Hügel (1937), with an extensive bibliography of material by and about the baron, is chiefly interested in his struggle with Catholic orthodoxy. □

oxford
views updated
Hügel, Baron Friedrich von (1852–1925). Roman Catholic philosopher, theologian, and spiritual writer. He befriended A. Loisy and G. Tyrrell, and played an important role in the Modernist movement. His major works include The Mystical Element of Religion as Studied in St Catherine of Genoa and her Friends (1908), Eternal Life (1912), Essays and Addresses in the Philosophy of Religion (2 vols., 1921, 1926), and The Reality of God (1931).