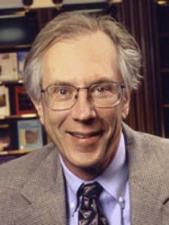 American biochemist Thomas R. Cech (born 1947) received the Nobel Prize in 1989 for his ground-breaking discovery of the role of the RNA molecule not only as a molecule of heredity, but also as a biocatalyst.

Discovered Science at an Early Age

Thomas Robert Cech was born on December 12, 1947, in Chicago, Illinois, to Robert Franklin Cech, a physician, and Annette Marie Cerveny Cech, a homemaker. The family moved to Iowa City where Cech was raised and attended school. His father, though medicine was his chosen field, was also extremely interested in physics and all sciences in general, a fascination that spread quickly to his son. It was as early as the fourth grade when Cech began collecting rocks and wondering about their formation. In later school years he could be found visiting with professors at the nearby University of Iowa about other earth sciences. This desire for knowledge and curiosity for things scientific would lead him to his life's work and future success.

Cech entered Grinnell College in 1966 and found that he enjoyed studying literature and history as well as the sciences, but it was chemistry that he pursued. As he honed in on his studies and through undergraduate research experience, he discovered that he was "attracted to biological chemistry because of the almost daily interplay of experimental design, observation, and interpretation," he later recalled in Les Prix Nobel, as noted in his autobiography from the website of The Nobel Foundation. His choice of study would prove to be a wise decision.

It was while an undergraduate at Grinnell, he recalled in his Nobel Prize autobiography, that he met Carol Lynn Martinson "over the melting point apparatus" in a chemistry lab. They graduated from Grinnell and married in 1970. Thomas and his new wife chose the University of California, Berkeley for their graduate studies. He was fortunate to have John Hearst as a thesis advisor, one who had a contagious interest in chromosome function and structure and greatly assisted Thomas in his studies. The Cechs received their Ph.D.'s in 1975 and accepted jobs in the Northeast; Carol went to Harvard and Thomas took a position with the Massachusetts Institute of Technology (M.I.T.) where he began his post doctorate research.

After working at M.I.T. for some years, the couple moved to Boulder and both joined the faculty at the University of Colorado in 1978. It was around this time that Cech had resolved to concentrate on more specific genetic material. From Notable Scientists, "He was particularly interested in what enables the DNA molecule to instruct the body to produce the various parts of itself," a process called gene expression. Though he had done some genetic research in the 1970s, he now purposed to "discover the proteins that govern the DNA transcription process onto RNA." What he and his research team would soon discover would shake the scientific community and rewrite textbooks.

To understand Cech's groundbreaking discoveries, one must first appreciate the workings of chemical reactions. Most reactions are in need of a catalyst, a molecule that can aid a chemical reaction without being altered or consumed. Nearly all the reactions that take place in any living cell require the workings of a biocatalyst, which we call enzymes. Enzymes work in myriad locations in the human body: in the liver to break down alcohol, for instance. Before the research of Cech and his team was released, all enzymes were thought to be proteins. The workings of proteins and their functions are controlled by the hereditary entities called genes.

Gene expression is a fascinating scientific field. Genes of every living thing are composed of deoxyribonucleic acid, more widely known as DNA. All the genetic information for an organism is contained in the DNA and is arranged as a string of codes that work together to dictate the protein design. In order to facilitate protein synthesis, however, the code must first be transcribed into another type of nucleic acid, ribonucleic acid (RNA). Scientists commonly assumed that DNA was the template of the genetic code in the nucleus of the cell. The code was somehow imprinted on the three different types of RNA and the RNA was a passive participant that simply relayed the genetic material to the enzymes of the cell. It was the enzymes, they thought, that were the catalysts for chemical reactions that occurred in the cell. Scientists believed that RNA needed the presence of an enzyme for these reactions to take place.

Prior to Cech's research, it was widely known that there were three types of RNA: messenger RNA, the form of RNA that mediates the transfer of genetic information from the cell nucleus to ribosomes (a minute round particle composed of RNA and protein that serves as the site of assembly for polypeptides encoded by messenger RNA) in the cytoplasm, where it serves as a template for protein synthesis; ribosomal RNA, which imparts the messenger's structure within the ribosome; and transfer RNA, which helps to establish amino acids in the proper order in the protein chain as it is being assembled. In the late 1970s a researcher named Phillip A. Sharp along with others found that the DNA and the RNA product that resulted after transcription were actually different: there were portions of the DNA that had not been coded and were left off of the RNA. These non-coded sections of DNA were termed introns.

Cech and his team were not interested in introns to begin with, but these sections of DNA soon proved too important to ignore. They became fascinated with the intron function and with DNA splicing altogether. How were the introns, the portions of DNA that held no code, removed during RNA transcription? This question drove Cech and his team to delve further into the process.

At the same time, another scientist whom Cech would later share an honor with was also studying transcription. Sidney Altman was independently studying an RNA-cutting enzyme, which is made up of a combination of one protein and one RNA molecule, from the bacterium Escherichia coli. When the enzyme was split and the protein split from the nucleic acid, it was no longer functional. But when the pieces were rejoined, the enzyme was restored and usable. This was the first time it was shown that an RNA molecule was essential for a catalytic reaction. It would be several years, however, before Altman could take the next step with his research.

Meanwhile, at the University of Colorado, Cech began his own RNA investigation. With the use of a single-celled pond organism called Tetrahymena thermophila, Cech and a colleague named Arthur Zaug scrutinized the preribosomal RNA of the organism just as it underwent transcription. He first isolated the unspliced RNA and added some material taken from the nucleus of the Tetrahymena, along with other ingredients to be used as energy for the reaction. It was in this nucleic material, according to their supposition, that the catalyst necessary for transcription was found. The results of the experiment, however, were much different than they expected. Cech discovered that isolated, unprocessed RNA without any nucleic additives would begin to splice itself even without the presence of an outside catalyst. The RNA molecule amazingly cut itself into pieces and rejoined the important genetic fragments.

Cech's work was first met with some hostility and debate as it upended and challenged many long-standing beliefs about the nature of enzymes. In fact, Cech himself was not entirely sure of his results. Skeptical scientists held that the organism used to conduct the experiments had atypical RNA or that the RNA molecule was not a true enzyme because it did not contain properties and characteristics found in other enzymes. Skepticism was proved untrue, however, when other scientists also found RNA enzymes. It was Sidney Altman who established that RNA was capable of completing the actions of an enzyme on substances other than itself, another concern of unconvinced scientists.

As with most scientific breakthroughs, the discovery of the role and function of RNA had and continues to have effects more far-reaching than even Cech could have imagined. It has astonishing potential in the area of disease, as the RNA molecule can be cut at certain points, destroying the parts that cause genetic disorders or infections. It may lead to the cure of countless health problems. Cech's research has also led scientists to hypothesize that the RNA molecule was the first bit of life on our planet. Since it can replicate without the need for an outside catalyst, it is believed to be the first self-reproducing system.

Cech and Altman were awarded the Nobel Prize for Chemistry in 1989 for their independent work that demonstrated the catalytic properties of RNA, a groundbreaking discovery in the scientific community. Whereas the RNA molecule had been previously thought to act only in conjunction with a catalyst, now Cech had shown that it performed its function without an outside enzyme. Altman proved that the molecule carried out functions consistent with other enzymes.

Since the research of the 1980s, Cech has received numerous awards and honors and has become a sought-after lecturer at institutions around the country. He earned the Passano Foundation Young Scientific Award and the Harrison Howe Award in 1984. Besides the highest honor of receiving the Nobel Prize, he was also awarded an honorary doctorate degree from his alma mater Grinnell College in 1987. Within the next year he was elected to both the United States Academy of Sciences and the American Academy of Arts and Sciences.

Four years after Cech's discovery he had it patented. When two Australian scientists who had been working on similar technology sold their findings to a French pharmaceutical company, Cech decided to take them to court for patent violation and was awarded an inclusive patent in 1991. Although some feared that this would hinder the development of research in this area, it was unnecessary as Cech later sold his rights to the United States Biochemical Corporation.

Cech's work has been recognized by many national and international awards and prizes. He was promoted to full professor of chemistry at the University of Colorado in 1983. He was also elected president of the Howard Hughes Medical Institute in 2000. He continues to research both the RNA molecule as well as other areas of biochemistry. As for his personal life, Cech and his wife welcomed two daughters into their family, Allison, born in 1982, and Jennifer, born in 1986. Despite the busy schedule of a professor and researcher, Cech and his family enjoy backpacking, ski trips, and entertaining.

"RNA Catalysis and the Replication of Chromosome Telomeres," The University of Colorado website,http://www.Colorado.edu/chemistry/faculty/Cech/ (January 21, 2003).