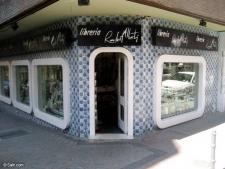 A member of the group of Spanish poets known as the "Generation of 1927," Rafael Alberti (born 1902) was forced to leave his home at the conclusion of the Spanish Civil War. During his nearly 40 years in exile he established a reputation as one of the most prolific and diverse poets of his generation.

Rafael Alberti is regarded today as one of the greatest of modern Spanish poets. A member of the "Generation of 1927," a group of Spanish poets known for revitalizing the art to a quality not seen since the sixteenth century, Alberti gradually turned away from the lyric traditions of his homeland, embracing communism and a more utilitarian style. After the Spanish Civil War, he fled the country and lived in exile, first in Argentina, then in Rome, before finally returning to Spain in 1977, after the death of Franco.

Alberti was born December 16, 1902 in the Andalusian town of Puerto de Santa María, which sits on Spain's Atlantic coast, overlooking the Bay of Cádiz. He attended a Jesuit school there until he reached the age of 15, when he was expelled due to a romantic interest which the Jesuit teachers did not approve of. At this point he moved with his family to Madrid, and his Andalusian youth was fixed forever in his memory as an image of Lost Paradise, an image which appears often in his poetry.

In Madrid, he developed an interest in painting. In 1920, a friend convinced him to put on a show of his work. He did, and it was met with anger and mockery from the public. That same year, his father died of tuberculosis. Alberti persisted with his painting for a while longer after this traumatic period, until 1922, when he was struck himself with the early stages of tuberculosis. There is no clear evidence that the events are related, but it was shortly after this that he gave up painting and concentrated solely on his poetry. He would not return to painting until much later in life.

His very first collection of poetry, Marinero en tierra, was a tremendous success. Influenced by the Andalusian folksong of his youth, the work won him the National Prize for Literature in 1925 and catapulted him to national fame. That such a young and untested poet could produce writing of such natural power was a matter of great amazement to critics. According to Ben Belitt, who would translate much of Alberti's poetry later, "It would appear that, with his very first book, Alberti was already a craftsman in total command of his medium, writing with effortless grace and impeccable versification, in brilliant and controlled imagery: a poet at the peak of his form."

He was immediately accepted into the elite circles of Spanish poetry, the group now known as the "Generation of 1927." This band, including such poets as Vicente Aleixandre, Luis Cernuda, Frederico García Lorca, Jorge Guillén, and Pedro Salinas, was widely regarded as the fullest flowering of Spanish verse since the sixteenth century. Alberti seemed to enjoy the public attention, as well as the company of these fine writers.

In 1927, on the 300th anniversary of the death of the great Spanish poet Góngora, Alberti again amazed readers with his skillful and seamless appropriation of Góngora's tradition. He was no simple mimic, however. He was equally capable of writing with the exquisite formality of Góngora or with sardonic absurdity, or even of combining the two, as in his "Madrigal on A Tram Ticket." His command of Spanish traditional elements was always focused toward creating his own expressions, as were his departures from that tradition. Subsequently, as his views on Spain began to change from love and remembrance of his Andalusian youth into something more deeply bound with the nation's future, his departures from tradition became more frequent and more severe. This too surprised his readers. Such was the case with his 1929 volume, Sobre los ángeles.

The change that occurs in Sobre los ángeles was not an idle one, calculated to achieve some superficial effect. The year 1929 marked the beginning of a radical transformation for Alberti. He found himself faced with a great spiritual crisis. The book reflects this in its sharp, restless language, asking at the very outset, "Where is that Paradise, / shadow, lately your home? / Ask it in stillness." This was not an unusual situation for a poet in this decade-his colleagues Pablo Neruda, Frederico García Lorca, César Vallejo, T.S. Elliot and many other artists of all sorts experienced similar breakdowns at some point in the 1920s, as though the period after the First World War were somehow laced with a premonition of the Second. In Alberti, the crisis is particularly notable, given the marked contrast with the lyric zest of his earlier poetry.

The difficulty of this period was offset somewhat by his marriage to María Teresa León, a novelist, in 1929. However, it was his involvement in politics that increasingly soothed his conscience. Prior to 1931, Alberti had avoided politics altogether. In April of that year, the Spanish Republic was declared, and a wave of grassroots socialism swept through the country. Alberti reflected the change. In 1933 he said of the difference in his poetry, "Since 1931 my life and my work have been placed at the service of the Spanish revolution and the international proletariat." He became a member of the Communist Party in Spain, and with his wife, he began publishing the revolutionary journal, Octubre, in 1934. That same year, he began an extended tour of the Americas, a trip that would ultimately stretch over two years. Only when the political situation in Spain reached a climax did he finally return.

In 1936, the Spanish Civil War began, with the Nationalist forces of General Francisco Franco pitted against the Loyalists-those who supported the Republic. Alberti rallied the Loyalist cause in his journal and other writings, and even served in the Air Force, though not as a flier. The war was devastating, with the Nazis and the Soviets weighing in either side. His friend Lorca was executed by Franco's forces in 1936, but Alberti and his wife remained in Spain until the very end. Shortly before the fall of Madrid on March 27, 1939, they were evacuated.

Alberti spent a brief period in France before moving to Argentina. His writing slowed slightly, but he returned to painting, and began to ponder ways in which graphics and poetry might be mixed. Though he regretted his exile, he was reasonably happy during this time, mainly due to the birth of his daughter Aitana in 1941. In 1944, his work began to make inroads on the English speaking world with his publication in New Directions Poet of the Month. The following year he was added to Eleanor Turnbull's anthology.

Though he never had quite the international appeal as Lorca, with whom he is often associated, he began to be sufficiently recognized as to allow for the extensive touring he undertook between 1944 and 1959. This period included two trips to China and the Soviet Union, as well as trips to Poland, Czechoslovakia, Rumania, Germany, France, and Italy. Nine volumes of poetry were published during Alberti's stay in Argentina, and for his sixtieth birthday, Losada published his complete works up to that time.

As in his younger days, Alberti moved in the most elite circles. Among his friends were many other expatriates, including Pablo Picasso, César Vallejo, Miguel Angel Asturias, Alejo Carpentier, Boris Pasternak, Louis Aragon, Sergei Eisenstein, Sergei Prokofiev, and André Malraux. One might almost assume that he enjoyed his status as an exile, were it not for the longing which always moved through his poetry, a nostalgia for his long-lost Andalusia. In 1964, he relocated to Rome, where he was taken in warmly by the Italian people, who considered him their very own favorite expatriate. By this time, he was devoted primarily to painting and graphics, though he still wrote occasionally. In 1965, he was awarded the Lenin Prize for Peace, and at the end of his seventh decade, he produced his last great collection, Les ocho nombres de Picasso, a pictorial/poetic attempt to capture various facets of the great painter's work.

On April 27, 1977, after nearly forty years of exile, Alberti was able to return to Spain, following the death of Franco. He was heartily welcomed by the Spanish people, especially by Spanish communists, who even elected him for a short term to the Cortes-the Spanish legislature. His plays were staged in Barcelona and Madrid, and interest in his poetry was revived. He was awarded the Cervantes Prize, a prestigious literature prize, in 1983. His wife passed away in 1989 and he remarried in 1990. A book of poetry To Painting was published in 1997.

Alberti's work is frequently said to span the entire development of modern Spanish poetry, and he is considered to have been one of the greatest influences on that course. According to the critic Ricardo Gullón, to read the works of Alberti from 1924 to 1962 is to study the evolution of contemporary poetry in full. Nor did he limit himself to poetry. Among his works are books in prose, an autobiography, and several plays. In short, he has been, over his entire career, one of the most prolific and diverse writers of his generation.

Many believe that he has not received the recognition he deserves. Another writer on Alberti's poetry noted in 1978 that relatively little has been written about him, particularly by comparison to his Andalusian friend and rival, Lorca. His return to Spain has done much to change this, but the pendulum is still swinging, and much is left to be done to increase the international awareness of this 20th century Spanish genius.

Popkin, Louise B., The Theatre of Rafael Alberti, Tamesis Books, 1975.