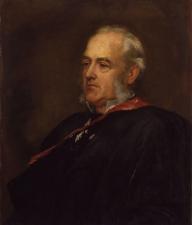 oxford
views updated
Müller, Max (1823–1900). Historian of religions and pioneer of the comparative study of religions. His main interest was in Indian religions, and after translations of Hitopadeśa (see PAÑCATANTRA) and Kalidasa's Meghaduta, he moved to Oxford where he became professor of comparative philology, and where he remained for the rest of his life. He was a prolific author, with interests ranging from the production of both editions and translations of Eastern religious texts (he edited the series Sacred Books of the East, 1879–94, and began the series Sacred Books of the Buddhists in 1895) to arguments about the origins of religion and mythology. In his view, mythology began in the human sense of the overpowering might of natural phenomena (hence the name for those who followed his views, ‘nature mythology’), with these powers early being personified and deified. He held that religion is the human capacity to perceive the infinite, and that all religions consequently contain to some degree the eternal truths of belief in God, in the immortality of the soul, and in a future retribution.

Religious , Religiosity FUNDAMENTALISM BIBLIOGRAPHY Religiosity is a term used by social scientists to refer to religious behavior. Social scientists generally v… Sacred And Profane , In order to define and explain the paired concepts of sacred and profane, it is important to look at these concepts as developed in the influential w… Invisible Religion , INVISIBLE RELIGION . The term invisible religion was introduced by the German sociologist Thomas Luckmann and became widespread following the publica… Wicca , According to the U.S. Census, the number of individuals professing to be Wiccans rose from the 8,000 reported in 1990 to 134,000 self-proclaimed witc… Orthopraxy , ORTHOPRAXY . Derived from the Greek orthos ("straight, right") and praxis ("doing, practice"), orthopraxy refers to "correctness of a practice or a b… Primitivism , PRIMITIVISM is an ideological position that developed in Western civilization in order to characterize subjugated people as "other." Even though the…