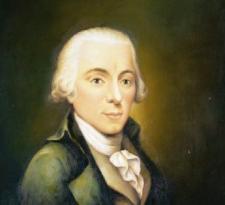 oxford
views updated
Clementi, Muzio (b Rome, 1752; d Evesham, 1832). Eng. pianist and composer of It. birth. Church org. at age of 13. In 1766 went to Eng. under patronage of Peter Beckford and for 7 years studied and practised hpd. at Steepleton Iwerne, Dorset. London début as pianist and composer 1775. Cond. It. opera in London 1777–8. His 6 kbd. sonatas, Op.2, were pubd. 1779 and became popular. In 1781 began his tours of Europe in which he engaged with other pianists (incl. Mozart) in public tests of skill in improvisation, sight-reading, etc. Returned to London 1783, composing several syms., pf. conc., and coll. of 100 studies, Gradus ad Parnassum, which remains a foundation of pf. technique. Comp. over 100 piano sonatas, some of them valued highly by Beethoven, whom Clementi met in 1807. Among pupils were John Field, Moscheles, Kalkbrenner, and Cramer. Also went into the business of making pfs., becoming partner in London firm, Clementi & Co., which in 1832 became Collard & Collard. Clementi's early sonatas were written for the hpd., but after 1780 his allegiance was to the piano.