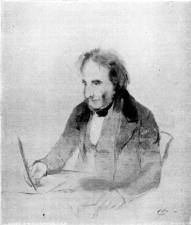 Sir Edwin Sandys (1561-1629), a great figure in the British Parliament during the turbulent first quarter of the 17th century, was important in the English colonization of America.

Born on Dec. 9, 1561, in Worcestershire, Edwin Sandys was the son of an archbishop of the Church of England and thus a member of the English nobility. He was educated at Oxford University and the Middle Temple.

Sandys entered Parliament in 1586 and distinguished himself as an energetic legislator. He also traveled much and found time to write about religious matters, early displaying his liberalism. He was among James l's first supporters; under his patronage Sandys emerged as a prime mover in parliamentary circles.

Within a decade, however, Sandys deserted the Crown and took leadership of the opposition. He had come to believe that a king ruled under law and this imposed limitations on the rights of both the Crown and its subjects, and that if the former trespassed the latter's rights, he could legally be overthrown. Thus it was that Sandys contributed immensely to the active leadership of the budding Whig (parliamentary) cause and to the dogma opposing the king's prerogative that grew out of it.

When the Crown suspended Parliament in 1613 (a suspension lasting 6 years), Sandys turned his attention to the growing colonial empire. He appeared first as a power in the East India Company, but the contributions for which he is remembered were to the Virginia Company. For several years treasurer of that overseas joint stock company, Sandys was in a position to influence policies both in London and the New World.

One historian has noted that Sandys "was virtually managing" the company from 1617 on. The Virginia Company's operations, then, became a natural source of enmity between the Crown and the Whigs during the 1620s, for the King "cherished a grudge against Sandys" and in 1624 dissolved the company. By that time, however, the Virginia Colony had been successfully established; Sandys had been instrumental during the colony's crucial years in settling large numbers to repopulate Virginia after the "starving time." Sandys also gained a monopoly in England for Virginia's tobacco and tried to introduce manufactures into the colony.

However, with Virginia's economic well-being and population restored, Sandys became dispensable to the Crown; over the protests of the shareholders he was removed from the company's management by James I. "It was the manipulations of Sandys," a historian has written, that played a crucial part in establishing the "supremacy of Parliament [that] was embodied in the unwritten constitution" of England. He was one of the few Englishmen who contributed significantly both to the establishment of the rule of law in the British Isles and to the expansion of England's overseas empire. He died in October 1629.

There is no modern acceptable biography of Sandys. For the period as a whole and for insights into Sandys's career see Wallace Notestein, The English People on the Eve of Colonization, 1603-1630 (1954). □

Edmund Pendleton , Edmund Pendleton The American political leader Edmund Pendleton (1721-1803) became a liberal among the Virginia gentry, of which he was a part. Edmun… George Mason , Mason, George Born 1725 Fairfax County, Virginia Fairfax County, Virginia Political leader, judge, plantation owner, writer George Mason was one of t… Richmond , Richmond: Recreation Sightseeing Richmond boasts more than 100 attractions of interest to visitors. Among them are homes and other buildings from all… Sir William Berkeley , Sir William Berkeley Sir William Berkeley (1606-1677), English royal governor of the colony of Virginia, was a leading protagonist in Bacon's Rebelli… John Rolfe , John Rolfe (1585-1622) was an English colonist who settled in Jamestown, Va., and pioneered in the cultivation of tobacco. John Rolfe was born in the… Edmund Randolph , Died September 12, 1813 (Clark County, Virginia) Attorney general, secretary of state, governor Edmund Randolph was highly influential in the politic…