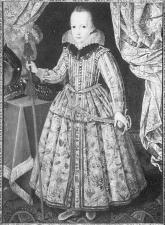 Charles Calvert was born on Aug. 27, 1637, the son of Cecilius Calvert, 2d Baron Baltimore, and Ann Arundell, daughter of a prominent Catholic aristocrat. Calvert's life is inseparable from the colony projected by his grandfather, George Calvert, and settled by his father. Maryland was unique among the American colonies for the tenacity the Calverts exhibited in upholding their proprietary claims. Inasmuch as these claims were largely based on an outmoded system of feudal privileges, deriving from a royal charter, bitter controversies arose between each proprietor and his subjects. These conflicts wracked Maryland from its inception, but they developed greatest intensity under Charles Calvert.

Calvert was appointed governor in 1661, succeeding as proprietor when his father died in 1675. He brought to the governorship an unyielding concept of authority. Although compassionate and dedicated to Maryland's welfare, Calvert judged the value of every public act against his desire to protect his proprietary interests. He was unable to embrace the opposition or to reach out beyond his relatives and Catholic friends for help in governing Maryland. There were complaints about his alleged antagonism to Protestants and the disproportion of Catholics appointed to provincial offices. In 1670 Calvert restricted the franchise and called to the assembly only half the delegates elected. He interfered with the rights of the lower house, vetoed legislative acts years after they had been passed, and appointed to the highest offices men of little ability.

There were major upheavals in 1659, 1676, and 1681, during which Calvert's proprietary authority was seriously challenged. While Calvert was in England, a revolution occurred in the colony in 1689, partly triggered by the Glorious Revolution in progress in England. When Calvert failed to promptly proclaim William and Mary as the new rulers of England, insurgents in the Maryland colony, fed by fear of the Catholics and of Indian marauders, took over the government. Instead of giving power back to the proprietor, the new English monarchs accepted only Lord Baltimore's claim over the land and sent a royal governor to oversee the colony. Calvert spent the rest of his life in England trying unsuccessfully to regain political control of Maryland. He died in 1715. The Calverts secured limited political authority in the province under the 5th Baron Baltimore, who had been raised as a Protestant, but the full proprietary power under the old charter was never restored.

A concise biography of Calvert is offered in Clayton C. Hall, The Lords Baltimore and the Maryland Palatinate (1902). A detailed account of Maryland under Calvert can be obtained in Newton D. Mereness, Maryland as a Proprietary Province (1901). Of special value is the discussion in Charles M. Andrews, The Colonial Period of American History, vol. 2 (1936). A commentary with sources is provided by Michael G. Kammen in Michael G. Hall and others, eds., The Glorious Revolution in America: Documents on the Colonial Crisis of 1689 (1964). □