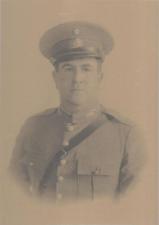 Gen. Manuel Ávila Camacho (1897-1955) was president of Mexico from 1940 to 1946. His administration is regarded as the transition from the agrarian to the industrial revolution in Mexico.

Manuel ávila Camacho was born in Tezuitlán, in the state of Puebla. He began his military career when he entered the Constitutionalist forces as a junior officer in 1914. During the 1920s he served in various military capacities in Sonora, Michoacán, and Colima, where he directed operations against the Cristeros (rebels supporting the Church) as chief of the military zone. He became undersecretary of war for President Abelardo Rodriguez in 1933-1934 and secretary of defense under President Lázaro Cárdenas in 1939.

The official presidential candidate in 1940, á vila Camacho triumphed over Gen. Juan Andreu Almazán in an election marred by violent clashes. There was little popular enthusiasm for the new president, who was not well known and heavy in appearance and speech. It was his task to consolidate the gains and heal the divisions resulting from Cárdenas's presidency, and so he called for unity, adjustment, and moderation.

ávila Camacho slowed down agrarian reform and emphasized irrigation and increased productivity. In terms of budget there was a shift from social to economic expenditures. He reached an equitable settlement with the U.S. government for the expropriated petroleum fields. Labor leadership passed into more conservative hands, and the movement was told that the administration intended to govern for all the people and not for a special class. During Ávila Camacho's administration the Social Security Institute was established, and a dramatic national campaign ("Each One Teach One") against illiteracy was undertaken. The army was officially taken out of politics with the elimination of the military sector of the official party.

However, foreign affairs and specifically World War II dictated the course of Mexico during this period. In a radical departure from Mexico's traditional posture, á vila Camacho aligned his nation with the United States. For Mexico it meant military and technical assistance and loans for refurbishing its transportation system and buying urgently needed machinery for industry and mining. After Pearl Harbor, Mexico severed diplomatic relations with the Axis powers and in May 1942 declared war. Despite inflation and corruption, the war significantly aided the development of the Mexican economy.

In April 1943 á vila Camacho and President Franklin Roosevelt conferred in Monterrey on the joint war effort, beginning a pattern of visit exchanges between the executives of the two nations. At the end of his term, á vila Camacho peacefully transferred the presidential power to his secretary of the interior, Miguel Alemán, who accelerated the industrial development of Mexico begun during his predecessor's term.

á vila Camacho dropped out of public view after his presidency. He spent much of his time at his property La Herradura in the Federal District, where he died on Oct. 13, 1955.

Since there is no adequate biographical study of á vila Camacho, one must turn to general studies of Mexico's war and postwar development: Sanford A. Mosk, Industrial Revolution in Mexico (1950); Frank Tannenbaum, Mexico: The Struggle for Peace and Bread (1950); Howard F. Cline, Mexico: Revolution to Evolution, 1940-1960 (1962); and Frank Brandenburg, The Making of Modern Mexico (1964). There is a brief analysis of á vila Camacho in Henry B. Parkes, A History of Mexico (1938; rev. ed. 1960), and in such standard textbooks as Hubert Herring, A History of Latin America (1955; 3d ed. 1968), and Helen Miller Bailey and Abraham P. Nasatir, Latin America: The Development of Its Civilization (1960; 2d ed. 1968). □

Luis Echeverria Alvarez , Echeverría Á When Luis Echeverría Álvarez took over as Mexico's president in 1970, he pledged to close the economic gap between the country's poor, r… Gulf Of Mexico , Introduction The Gulf of Mexico is a geographic area and a body of water that forms the so-called third coast of the contiguous United States. The Gu… Adolfo Lopez Mateos , Adolfo López Mateos Adolfo López Mateos (1910-1970) served as president of Mexico from 1958 to 1964, a time in which Mexico was attempting to redefin… Carlos Salinas De Gortari , Carlos Salinas de Gortari (born 1948) was elected president of Mexico in 1988. He quickly moved toward an economy based more on free market principle… Acapulco , Acapulco de Juaréz, a port city of over one million inhabitants (2005) has long been recognized as having the finest natural harbor on Mexico's Pacif… Wagon Train , A Remote Economy . With comparatively few desirable commodities, and lacking precious metals, the New Mexican economy in the period from 1800 to 1860…