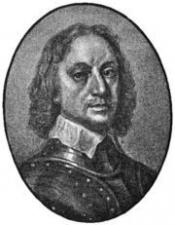 oxford
views updated
Boece, Hector ( Hector Boethius) (c.1465–1536). Scottish historian. A contemporary of Scottish historian John Major, with whom he attended the University of Paris (c.1485), he became a professor at Montaigu College (c.1492–8). In 1498, Boece made the acquaintance of William Elphinstone, bishop of Aberdeen, who enlisted his aid for the establishment of a university (later King's College) where Boece became principal. His first publication was his lives of the bishops of Mortlach and Aberdeen, printed in Paris in 1522. His only other published work, the History of Scotland, was printed in 1527. It ranged from the earliest times to the reign of James III: a second edition, continued by Ferrerius, was published in Paris in 1574. This is the earliest history of Scotland with the exception of the summary work of Major. In 1530–3 it was translated into Scottish prose from the Latin by John Bellenden, archdean of Moray, at the request of James V. Prone to the legendary, it lacks credibility as a historical narrative.