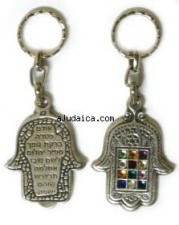 Ho-shen, the son of a Manchu military officer, received a rudimentary education in a government school and obtained the lowest examination degree in the Chinese civil service system. In 1772 he was designated an imperial bodyguard and stationed at one of the gates to the city of Peking.

A handsome and articulate young man, Ho-shen attracted the Emperor's attention and rapidly became the most powerful Ch'ing official and the closest confidant of the Emperor during the late 18th century. At one point he may have held as many as 20 posts concurrently. In 1780 Ho-shen's son was betrothed to Ch'ien-lung's youngest and favorite daughter. This marriage publically indicated Ch'ien-lung's great attraction for Ho-shen and increased the latter's influence over the imperial court.

By virtue of his exceptional relationship with the Emperor, Ho-shen was able to gain considerable factional leverage over political affairs and to accumulate enormous personal wealth. Throughout the central and provincial bureaucracy Ho-shen placed members of his family and close associates as his henchmen. In this fashion he managed to gain near-complete control over government finances and official appointments. By intimidation and corruption Ho-shen was reported to have accumulated some 80, 000, 000 taels of movable property (according to a contemporary British observer, this amounted to some £23, 330, 000 sterling). During the White Lotus Rebellion of the late 1790s Ho-shen diverted large sums designated for military expenditures to his own use, while reporting great "victories" to the Emperor.

Although several high officials protested about Ho-shen's devious activities to the Emperor, he continued to tolerate and even defend Ho-shen. The concept of loyalty, which originally permitted officials to criticize imperial policies and appointments in the name of higher principles, had gradually come to mean absolute obedience to imperial will. In the words of an earlier emperor in the Ch'ing dynasty, "Worthy men are the men of whom We approve, and you ought therefore to approve of them."

When Ch'ien-lung died in 1799, his successor, Chiach'ing, quickly arrested Ho-shen, "permitted" him to commit suicide, and confiscated Ho-shen's vast stores of wealth. In retrospect, Ho-shen was probably only one of several causes of the internal decay of the Ch'ing dynasty rather than the sole explanation. Nevertheless, he has become one of the most infamous villains in Chinese history.

The best treatment of Ho-shen's life and his relationship to the Emperor is David S. Nivison, "Ho-shen and His Accusers: Ideology and Political Behavior in the Eighteenth Century, " in David S. Nivison and Arthur F. Wright, eds., Confucianism in Action (1959). A biography of Ho-shen is available in Arthur Hummel, ed., Eminent Chinese of the Ch'ing Period, 1644-1912 (2 vols., 1943-1944). A good background study is Edwin O. Reischauer and John K. Fairbank, A History of East Asian Civilization, vol. 1: East Asia: The Great Tradition (1960). □