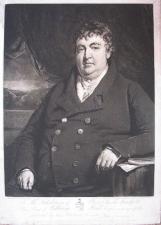 oxford
views updated
Fitzwilliam, William Wentworth, 2nd Earl (1748–1833). Fitzwilliam inherited the wealth and vast estates of his uncle Lord Rockingham in 1782 and became head of the Whig political interest in Yorkshire. He regularly returned five members to Parliament for his pocket boroughs and in 1807 spent £100,000 to win his son's election for Yorkshire. He was a lifelong friend of Fox and in 1782 he also succeeded Rockingham as patron of Edmund Burke. He reluctantly broke with Fox in 1794 and joined Pitt's cabinet, being sent to Ireland in January 1795 as lord-lieutenant. Under Burke's influence he attempted to establish Whig rule over Ireland and to persuade the cabinet to catholic emancipation, but he was dismissed in March. He rejoined Fox and Grenville after 1802 and was lord president of the council under Grenville in 1806. He had become lord-lieutenant of the West Riding in 1798 and was efficient and liberal-minded, but he was dismissed from this post in 1819 for chairing a protest meeting against the ‘Peterloo massacre’. A humane and genial character and a lifelong defender of aristocracy, he was widely popular and respected.