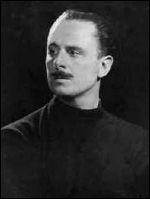 oxford
views updated
Mosley, Sir Oswald Ernald (1896–1980) British fascist leader. Mosley became a Conservative MP in 1918, but defected to Labour in 1924. He resigned as junior minister in 1929, and formed the leftist New Party in 1931. In 1932 he founded the British Union of Fascists. Modelled on German and Italian fascist parties, its rhetoric was virulently anti-Semitic. Mosley's blackshirts engaged in confrontational marches, especially in the East End of London. His support for Hitler led to his internment (1940–43). Following the defeat of fascism in World War II, Mosley's pernicious influence declined.