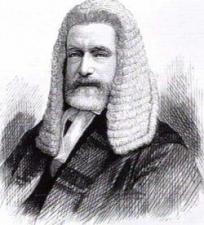 oxford
views updated
Duffy, Sir Charles Gavan (1816–1903). Duffy had a strange career. The son of a shopkeeper from Monaghan, he moved to Dublin as a journalist in 1836 and in 1842 launched the Nation as the mouthpiece of Young Ireland. He broke with O'Connell in 1846 over the issue of moral force and in 1848 was implicated in the rising. Though put on trial, he was not convicted, and resumed his editorship of the Nation, but placing the emphasis on land reform. In 1852 he was elected to Parliament but, despairing of making progress, left for Australia in 1855. There he pursued his second career in Victoria, serving as legislator, minister, and 1871–2 as prime minister. He was knighted in 1873 and acted as Speaker 1876–80. Leaving Australia in that year, he spent most of the remainder of his life in southern Europe.

Downing Street , Downing Street was built by Sir George Downing in the 1680s as a speculation. The site had once been part of Whitehall palace. Only three of the orig… Malcolm Fraser , Malcolm Fraser (born 1930), prime minister of Australia from 1975-1983, was regarded as one of the toughest and most successful leaders of the Libera… Alexander Frederick Douglas-home Baron Home Of The Hirsel , Home, Sir Alec Douglas-Home, 14th earl of [S] (1903–95). Prime minister. Douglas-Home succeeded to the earldom in 1951 but relinquished it in 1963 to… Prime Minister , prime minister. The modern office of prime minister developed over several centuries. Medieval and early modern monarchs often had chief ministers an… Andrew Fisher , Andrew Fisher Andrew Fisher (1862-1928) was an Australian labor leader. As the fourth prime minister of Australia, he pursued aims of greater social… Sir Charles Wentworth Dilke , Dilke, Sir Charles Dilke, Sir Charles (1843–1911). Liberal politician. Dilke is supposed to have ruined his chance of becoming prime minister by his…