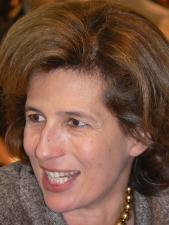 On Nov. 3, 1901, Leopold was born to Prince Albert and Princess Elisabeth, Duchess of Bavaria. His father became king in 1909 and reigned until his accidental death in 1934. Leopold succeeded his father. On November 4, 1926, Leopold married Princess Astrid of Sweden. Three children were born of their union: Josephine Charlotte (1927), Baudouin (1930), and Albert (1934). Queen Astrid died in an automobile accident shortly after the beginning of her husband's reign.

Leopold's reign began under difficult circumstances. Belgium was confronted with high levels of unemployment and sharply declining levels of income. The Catholic-Liberal coalition governments that had governed since the Labor party had become the opposition in 1927 sought to maintain the gold standard for the Belgian franc and simultaneously to avoid a devaluation. In March 1935, Leopold called upon Paul van Zeeland to form a government of national union that included the Labor party. This coalition government devalued the franc and succeeded over the next years in cutting Belgium's high unemployment.

Although Leopold's reign was thus at first successful in internal policy, the monarch encountered increasing difficulties in foreign affairs. In 1936 Leopold affirmed Belgium's policy of independence and neutrality, implying that the nation would not enter into any agreement with France or Great Britain directed against National Socialist Germany. However, Belgium's neutrality did not preclude a certain measure of informal military planning with the French high command.

Leopold assumed personal command of the Belgian armed forces in September 1939, and he held this position on May 18, 1940, when the German attack on the Netherlands, Belgium, and France began. During the first week of the campaign, Leopold and the bulk of the Belgian army were pushed beyond Bruges. Gradually, the Belgian forces were forced into a pocket in western Flanders by the German army. Leopold, accompanied by a number of his Cabinet ministers, was urged to follow the example of Queen Wilhelmina of the Netherlands and to establish a government-in-exile. Leopold refused, however, and, allowing his ministers to leave for Paris and eventually London, he unconditionally surrendered Belgium to the Nazis on May 28. The Germans moved Leopold at once to the Laeken palace, where he refused to exercise active rule under the German occupation and where he remained until 1944. Then he was evacuated into Germany.

On Sept. 19, 1944, the first session of the Belgian Parliament since the country's liberation from the Nazis approved the position of the Belgian government-in-exile in London that Leopold not be allowed to continue his reign. Leopold was freed by Allied troops on May 8, 1945, but by then Parliament had banned him from Belgian soil. On Sept. 20, 1944, Parliament had elected Leopold's brother, Prince Charles of Flanders, as regent of the kingdom. During the regency, which lasted until July 22, 1950, Parliament presented its case against Leopold, and the Crown responded with a defense of Leopold's actions in May 1940 and in the following years. On March 12, 1950, a small majority of the Belgian electorate approved Leopold's return as king in a referendum. Leopold returned in July 1950, but great unrest followed, and he delegated his powers to Prince Baudouin on Aug. 11, 1950. Leopold formally abdicated in favor of Baudouin on July 16, 1951. Leopold continued to live in Laeken, the traditional home of Belgian kings, with his second wife, Marie Lilian Baels, whom he had married on Sept. 11, 1941. When Leopold's son Alexandre married in 1969, Leopold left Laeken, where some felt he had too much influence over Baudouin. Leopold died on September 25, 1983, in Brussels.

Although brief and by no means a biography of Leopold, a study that touches on the most important aspects of his reign is Ergasto Ramon Arango, Leopold III and the Belgian Royal Question (1963). For an introduction to Belgian foreign policy in a broader context see Jane Miller, Belgian Foreign Policy between Two Wars, 1919-1940 (1951). □

Juliana Emma Maria Wilhelmina , Juliana Princess Juliana of the Netherlands (born 1909) reigned as queen from 1948 to 1980. Despite repeated troubles in her personal and public life… Marquis De Lafayette , Lafayette, Marquis de Born September 6, 1757 Chavaniac, France Paris, France French military leader, politician Among the heroes of the Revolutionary… Basil Iii , Basil III BASIL III Basil III continued the policy of his father in unifying Russian lands; under his rule, the last semi-autonomous polities, such a… Leopold Iii (austria) , Leopold III (1901-1983) became king of the Belgians in 1934. His refusal to join the government-in-exile in World War II finally led to his abdicatio… Albert (Great Britain) , Albert Albert (1819-1861) was the husband of Queen Victoria and the Prince Consort of Great Britain. His most important achievements were the strengt… Frederick Iii (germany) , FREDERICK III FREDERICK III (1831–1888), prince of Prussia (1831–1888), German crown prince (1871–1888), and German emperor (1888). When asked to com…