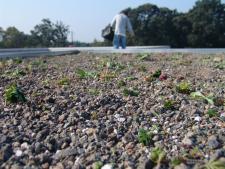 SWARTHMORE COLLEGE, chartered by the state of Pennsylvania in 1864, was founded by the Hicksite Quakers, who split from the orthodox branch of the Society of Friends in 1827. The name derived from Swarthmoor Hall, the home of George Fox, the English founder of Quakerism. Swarthmore's governors were required to be Quakers until the college became nominally nonsectarian soon after 1900, although the Quaker influence continued. The college was coeducational from the start. Its first graduating class in 1873 consisted of one man and five women.

Early Swarthmore was shaped by a struggle between liberals, who wanted an urban location, moderate social rules, and a quality collegiate education; and traditionalists, who envisioned a rural institution, a "guarded" education to preserve Quaker traditions, and preparatory work for students not ready for college. The choice of a semirural location eleven miles southwest of Philadelphia was the first of several compromises, but tensions continued. The eighteen-year administration of the traditionalist Edward Magill, who replaced Edward Parrish as president in 1871, was marked by debates over social rules, teacher training, and precollege work. By 1890 rules were relaxed and the departments of teacher training and preparatory work were eliminated. The curriculum, already strong in science and engineering, was enriched by the expansion of electives and the creation of endowed professorships. During the presidency of Joseph Swain, from 1902 to 1921, Swarthmore joined the collegiate mainstream, boasting nationally competitive sports teams and an array of extracurricular activities. An honors system developed by President Frank Aydelotte between 1920 and 1940 featured seminars modeled on Oxford tutorials and earned Swarthmore a national reputation for academic excellence. The turmoil of the 1960s, the proliferation of new academic fields, expanded overseas study, and increased work in the performing arts brought change to the honors program but did not alter Swarthmore's position among the nation's top liberal arts colleges.

Swarthmore grew steadily, supported by private donations and gifts from educational foundations. When its main building, later called Parrish, was rebuilt after a disastrous fire in 1881, students named the college newspaper the Phoenix to celebrate the rise of the college from the ashes. Between 1920 and 2001 an endowment of $3 million increased to $1 billion, and a student body of 500 grew to more than 1,400. In 2001 approximately one of three undergraduates was a person of color, while another 7 percent represented more than forty other countries. At the beginning of the twenty-first century the college's seventeen thousand living alumni included three Nobel Prize winners plus many leading scientists, academics, professionals, and social activists.

Bethune-cookman College , On October 3, 1904, African-American educator and activist Mary McLeod Bethune founded a normal and industrial school for African-American girls in D… Ruth J. Simmons , Simmons, Ruth J. 1945– Ruth Simmons has made an illustrious career of serving students in higher education for more than two decades. Rising through… Colleges And Universities , colleges and universities, institutions of higher education. Universities differ from colleges in that they are larger, have wider curricula, are inv… Gallaudet University , GALLAUDET UNIVERSITY. Situated in Northeast Washington, D.C., Gallaudet University is "the world's only liberal arts college for the deaf," where stu… Alice Elvira Freeman Palmer , Palmer, Alice Freeman (1855–1902) Palmer, Alice Freeman (1855–1902) American educator who, at age 26, was named president of the fledgling Wellesley… College Administration , Presidency, College and University The chief executive officer of an institution of higher education in the United States is commonly known as presid…