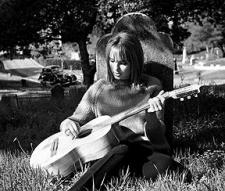 oxford
views updated
folkways A term associated with the work of William Graham Sumner, whose major contribution to sociology was his analysis of the nature, origins, and significance of folkways and mores. The former are group habits (or customs). In Sumner's view, societies develop (by trial and error) the particular ways of acting that are suited to their milieu; these ways of behaving are repeated and produce habits (in individuals) and customs (in groups); and these habits–or folkways–then become the commonly accepted ways of doing things in that society. Sumner is vague about the precise origins of folkways, and inconsistent in stating their relationship to mores, which are essentially folkways embodying moral imperatives about what is right and true. Sometimes the two terms are opposed, but occasionally folkways are deemed to include all commonly accepted ways of thinking, including mores (see Folkways, 1906
).

Gap Analysis , Gap analysis generally refers to the activity of studying the differences between standards and the delivery of those standards. For example, it woul… Herbert Spencer , Spencer, Herbert Spencer, Herbert Herbert Spencer (1820-1903), the English philosopher-scientist, was a leading figure in the intellectual revolution… Abstracted Empiricism , abstracted empiricism abstracted empiricism A term coined by C. Wright Mills in The Sociological Imagination (1959) and used to refer to the work of… William Graham Sumner , Sumner, William Graham Sumner, William Graham William Graham Sumner (1840-1910) was one of the founders of the science of sociology in the United Sta… Mores , mores •ablaze, amaze, appraise, baize, Blaise, blaze, braise, broderie anglaise, chaise, craze, daze, écossaise, erase, faze, gaze, glaze, graze, Hay… Sanction , Social control involves the process by which a group perpetuates its culture and system of social relations. In what has become an anthropological lo…