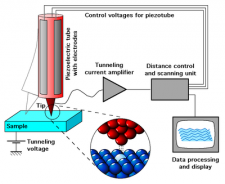 oxford
views updated
servomechanism Device that provides remote control to activate a mechanism. An input signal, such as a radio impulse or mechanical movement, converts into a mechanical output such as a lever movement or amplified hydraulic force. The device usually forms part of a control system. Some servomechanisms, such as the autopilot of an aircraft, incorporate a feedback mechanism that makes them independent of human control.