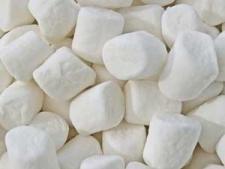 Marsh mallow (Althaea officinalis ) is a perennial plant that grows in salt marshes, damp meadows, and on the banks of tidal rivers and seas. It originated in countries adjoining the Caspian Sea, Black Sea, and in the eastern Mediterranean, and is native to Europe and western Asia. Marsh mallow is found in North America along the eastern seaboard.

The plant stems grow to a height of 3-4 ft (1-1.3 m) and have round, velvety leaves that are 2-3 in (5-7.5 cm) long. Pale pink or white flowers bloom in August or September, and the roots are thick and long. The whole plant is used medicinally. The leaves and flowers are picked when the flowers are blooming. The roots are harvested in the fall, but the plant must be two years old before the root is harvested.

Marsh mallow's medicinal use dates back 2,000 years. Arabian doctors created a poultice from the leaves to treat inflammation. The father of medicine, Hippocrates, used marsh mallow to remedy bruises and blood loss. Dioscorides wrote about the beneficial properties of marsh mallow, while Horace praised the laxative properties of the leaves and roots. Roman doctors used marsh mallow for toothaches, insect bites, chilblains, and irritated skin. The Chinese, Egyptians, and Romans ate a variety of marsh mallow for food. The French eat the flowers and leaves in salads. Marsh mallow was used to soothe toothaches, insect bites, indigestion , and diarrhea in Europe during medieval times. Teething babies were often given marsh mallow root to provide comfort.

Nineteenth century doctors used the roots of marsh mallow to make a sore throat lozenge for children and adults. They combined the cooked juice of the root with egg whites and sugar and whipped the mixture into a meringue that later hardened into a candy. The marshmallows eaten today as sweet treats were derived from this candy, but no longer contain any herbal properties.

The main therapeutic constituent of marsh mallow is mucilage, a spongy substance of the root that is composed of large sugar molecules. Mucilage's healing effect stems from its ability to support white blood cells against attacking microorganisms. When liquid is added to mucilage, it acquires a gel-like consistency. This gooey substance coats mucous membranes of the throat, mouth, stomach, and intestinal tract and provides relief from inflammation and pain . It also acts to expel phlegm from the lungs and to relax the bronchial tubes.

The German Commission E has approved marsh mallow as a beneficial treatment for irritated and inflamed throat, pharyngeal, and gastric mucous membranes, and for dry coughs. Teas made from the root and leaf are licensed in Germany as standard medicinal teas. The root is also used as an ingredient in cough syrup and as a cough suppressant tea.

The British Herbal Compendium supports the use of marsh mallow for gastroenteritis , peptic and duodenal ulcers, colitis, and enteritis. In the United States, marsh mallow is an ingredient in dietary supplements and cough suppressants.

Marsh mallow is available in whole bulk, tincture, and capsule forms. It can be taken internally as a tea, tincture, or capsule, or applied externally as an ointment or poultice.

A decoction may be made from the root to relieve congestion, sore throat, or dry cough. To create a decoction, 1-2 tsp of the finely chopped root is added to 1 cup of water and simmered for 10-15 minutes. The liquid is then cooled and strained. A person can drink 1 cup three times daily or as needed. An infusion can be made by steeping the crushed roots in cold water overnight. The infusion is then drunk as needed for symptomatic relief. For relief of an irritated kidney, boiling water is poured over the flowers and leaves. The mixture is covered and steeped for three hours.

To make a poultice, the leaves and/or the powdered or crushed roots are steeped in water. The mixture is then applied externally to areas of inflamed skin, eczema , or dermatitis .

For capsules, 5-6 g may be taken daily or as recommended.

For a tincture, 5 ml may be taken three times daily or as recommended.

For insect bites, the leaves are rubbed on wasp or bee stings to alleviate pain, inflammation, and swelling.

For sore throat, the flowers are boiled in oil and water, cooled, and used as a gargle to relieve sore throat pain.

Children and infants may take marsh mallow in low doses.

There are no known side effects.

Marsh mallow may slow the absorption of other drugs when taken simultaneously.

Echinacea , Definition Echinacea, or purple coneflower, is a perennial herb of the Composite family, commonly known as the daisy family. Most often referred to a… Turmeric , Description Turmeric is a member of the Curcuma botanical group, which is part of the ginger family of herbs, the Zingiberaceae. Its botanical name i… Bloodroot , Description Bloodroot (Sanguinaria canadensis ) is a perennial plant with a white flower that blooms in early spring. It belongs to the poppy family… Coltsfoot , Description Coltsfoot is the plant Tussilago farfara, a member of the daisy family (Asteraceae). Coltsfoot is a perennial herb that grows to a height… Goldenseal , Description Goldenseal (Hydrastis canadensis ) is a perennial North American native plant found wild in eastern deciduous woodlands and damp meadows… Root Nodule , root nodule A swelling on the roots of certain plants, especially those of the family Fabaceae (Leguminosae), that contains bacteria (notably Rhizobi…