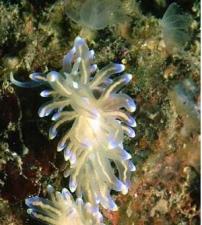 oxford
views updated
Phoronida (horseshoe worms) A phylum of marine, worm-like animals whose common name refers to their horseshoe-shaped, filter-feeding organ (a lophophore). They are sessile suspension-feeders, most living in chitinous burrows. The gut is U-shaped and the anus opens to the exterior on the dorsal surface above the lophophore. Horseshoe worms have a vascular system and blood containing red blood corpuscles containing haemoglobin (a feature that distinguishes them from Bryozoa). It is widely believed that they are ancestral to the Brachiopoda and Bryozoa, although they first appear in rocks of Devonian age (i.e. after the other two phyla). There are two extant genera, with 10 species.

Entoprocta , Entoprocta Entoprocta A phylum of small invertebrate aquatic animals typically having a cup-shaped body bearing tentacles and attached to the substra… Erythrocyte , e·ryth·ro·cyte / iˈri[unvoicedth]rəˌsīt/ • n. a red blood cell that (in humans) is typically a biconcave disc without a nucleus. Erythrocytes contain… Blood Transfusion , blood transfusion Blood, moved between bodies, has long been thought to rejuvenate its recipient. Though transfusion ‘proper’ — moving blood directly… Abo System , ABO system One of the most important human blood group systems. The system is based on the presence or absence of antigens A and B on the surface of… Transfusion , Transfusion Definition Purpose Demographics Description Preparation Aftercare Risks Normal results Morbidity and mortality rates Alternatives Definit… Blood Plasma , blood plasma The almost colourless fluid that remains when all corpuscles have been removed from blood (present as a suspension after centrifugation…