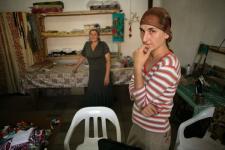 oxford
views updated
Ingushetia Autonomous Russian republic; the capital is Nazran. It lies on the n side of the Caucasus Mountains. The majority population (85%) are Ingush with a Chechen minority. The economy is based on oil and cattle. For much of the 20th century, Ingushetia's history was tied to Chechenia. In 1991, the Chechen-Ingush Republic declared independence from Russia. The Ingush desire to distance itself from the Chechen-dominated decision led to the deployment of Russian troops and formal separation from Chechenia (1992). In 1993, Ingushetia became part of the Russian Federation. Pop. (1996) 280,000.