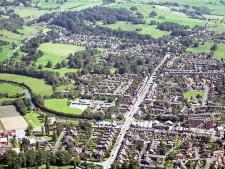 oxford
views updated
Macclesfield, Thomas Parker, 1st earl of (1667–1732). Parker was the son of a Staffordshire attorney and educated at Trinity College, Cambridge. Returned for Derby as a Whig MP in 1705, he took a leading part in the prosecution of Dr Sacheverell in 1710. From 1710 to 1718 he was lord chief justice of Queen's Bench and was made Baron Parker in 1716. He removed to the lord chancellorship in 1718 and became earl of Macclesfield in 1721. In 1725 he was accused of peculation and forced to resign. Though he was a favourite with George I, he had never been close to Sir Robert Walpole, who did nothing to save him. After a unanimous verdict of guilty at the impeachment, he was fined £30,000. Macclesfield admitted privately that he had accepted gifts from masters in Chancery on taking office but pleaded that it was the common practice. He took no further part in public life.