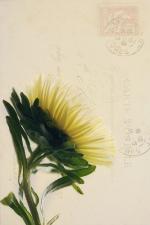 In Turkey, the Republican People's Party (RPP) established the People's Houses (Halk Evleri) in 1932, during the single-party era. Party leaders' conceptualized the People's Houses as a multipurpose institution designed to strengthen Turkish national identity, promote Western scientific thought, and educate the masses in Kemalism—the six principles of republicanism, nationalism, populism, statism, secularism, and reformism—put forth by the first president of the Republic of Turkey, Mustafa Kemal Atatürk.

The RPP not only controlled the houses, but provided funds for their operation from the state budget. The RPP also held title in its own name to house property. The party central committee had authority to open houses in localities throughout the country. RPP by-laws required deputies to support the houses, and provincial RPP committees managed local house finances. The ministry of education strongly encouraged school administrators and teachers to join the houses and play an active role in their activities. The party provincial chairman appointed the house head; local party officials and teachers usually comprised each house's administrative board. Through direct supervision and frequent reporting requirements, national and local RPP leaders made certain that each house advanced party doctrine.

A house could have as many as nine activity sections: (1) language and literature, (2) fine arts, (3) library and publications, (4) history and museum, (5) drama, (6) sports, (7) social assistance, (8) educational classes, and (9) village development. House leaders encouraged teachers to research local Turkish history and culture and to write up their studies for the house's publication series. They also encouraged students to attend house functions and to use the house library. Hoping to make each house a focus of community activity, leaders invited local residents to utilize house facilities for their weddings, circumcision celebrations, and other special occasions. Despite these efforts, however, few houses became the friendly gathering places of the general public.

The RPP quickly established People's Houses in all of Turkey's provincial capitals and in many of its towns. In 1939, the party decided to extend the house's influence—by establishing People's Rooms (Halk Odalari) in small towns and villages. Each room was administratively attached to a local house. By 1950, there were 478 houses and 4,322 rooms spread over much of Turkey. Although house and room membership was open to all citizens, regardless of gender or class, most members were middle-and upper-class males. Of about 100,000 members in 1940, only 18,000 were women and some 27,000 were (male) farmers and workers. The remainder of the men and more than 17,000 of the women were government and party officials, teachers, and professionals. A majority of the workers were employed by state enterprises that encouraged their membership. Many, if not most, of the common people probably viewed the houses as alien institutions associated with the often oppressive RPP, dominated by the urban elite, and allied with antireligious forces. Some critics claimed, without solid foundation, that the People's House–concept had been inspired by the Soviet Union's Narordi Dom (People's House).


In the late 1940s, when the RPP allowed multiparty politics in Turkey, the opposition (Democrat Party, DP) openly resented the RPP's attempts at promoting their agendas through the People's Houses at public expense. Shortly after the Democrat Party came to power in the 1950 election, the RPP proposed to preserve the People's Houses as Atatürk's heritage, but to reorganize them in the light of Turkey's new multiparty political structure. The Democrats, who criticized the houses for closely identifying with the RPP—and for failing to serve all the people as originally intended—rejected the RPP proposal. The DP put an end to the houses in 1951 by confiscating the property they occupied, claiming it belonged to the state treasury.


Despite this ignoble end, many members of the RPP continued to regard the People's Houses as an admirable attempt by the political and intellectual elite to advance the Turkish nation along the path set by Atatürk.

The movement to construct people's houses or people's palaces with cultural and educational facilities for the working classes began in Britain during the second half of the nineteenth century and soon spread to Germany, Belgium, the Netherlands, France, Austria, and other countries.

In Russia the first people's houses were built by the semiofficial Guardianships of Popular Temperance, which operated under the auspices of the Finance Ministry. During the 1890s the Russian Finance Ministry began introducing a state liquor monopoly to regulate liquor sales and increase state revenues. The Ministry set up local Guardianships of Popular Temperance to monitor adherence to the liquor laws. The Guardianships were also instructed to encourage moderate drinking habits among the population by disseminating information on the dangers of excessive drinking, providing facilities for the treatment of alcoholism, and organizing "rational recreations" as an alternative to the tavern.

By the early 1900s the Guardianships of Popular Temperance were running people's houses in St. Petersburg, Moscow, Kiev, and other cities. St. Petersburg's imposing Emperor Nicholas II People's House was the largest recreational facility in the Russian Empire. It contained a dining hall, tea room, lending library, reading rooms, an observatory, a clinic for the treatment of alcoholics, a museum devoted to alcoholism, a cinema, a 1,500-seat theater, and an opera house. Besides performances of drama and opera, the Nicholas II People's House organized scientific and religious lectures, evening adult classes, gymnastic exercises, classes in choral singing and folk music, and activities for children. From 1900 to 1913 almost two million people annually attended the entertainments at the Nicholas II People's House, which was famed for its spec tacular productions of historical plays and fantasy extravaganzas. Leading actors and artists sometimes appeared on the stage of the Nicholas II People's House, where Fyodor Shalyapin, Russia's greatest opera singer, gave a free concert for workers in 1915.

Zemstvos, dumas, and literacy societies also constructed people's houses throughout Russia. The Kharkov Literacy Society built a people's house in 1903; the Moscow duma opened a municipal people's house with a theater in 1904. The liberal philanthropist Countess Sofia Panina opened her Ligovsky People's House in 1903 in a poor district of St. Petersburg; there workers could attend evening courses, and Pavel Gaideburov and Nadezhda Skarskaya ran a very successful theater. By 1913 there were at least 222 people's houses in the Russian Empire. During World War I, when prohibition against alcohol was enacted, interest in people's houses increased, but the Petrograd and Moscow dumas' ambitious plans for extensive networks of people's houses were never realized due to the financial strains of the war.

The Russian people's houses primary aim was to promote sobriety among the lower classes by offering them "rational recreations" in the form of theater performances, lectures, reading rooms, excursions, and other sober pursuits. Although their impact on popular alcohol consumption is doubtful, the people's houses did offer the common people modest educational opportunities and a diverse variety of affordable theatrical entertainments. After the October Revolution the people's houses were reorganized under the Soviet regime as "palaces of culture" and workers' clubs but continued many of the same activities as before.