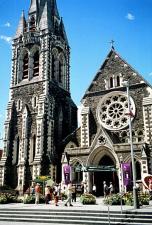 oxford
views updated
Ross, Sir James Clark (1800–62). Ross was involved in eight Arctic and Antarctic expeditions after joining the navy in 1812. Those of 1818 and 1829–33 were with his uncle John Ross, those of 1819–20, 1821–3, and 1824 with Sir William Parry. With Ross he discovered the Magnetic Pole, while with Parry he reached 110 degrees west in Melville Sound. His first Arctic command in 1836 was followed by appointment in 1839 to lead the navy's first full-scale Antarctic expedition which was also a terrestrial magnetism investigation. In specially strengthened ships, Erebus and Terror, Ross reached further south than anyone hitherto and got through the pack ice to the continent itself where an ice shelf and an island were later named after him. He called the mainland Victoria Land and it became the locus of all the major British Antarctic forays of the 20th cent. The final venture of Ross was to return to the Arctic in 1848–9 to search for Franklin.