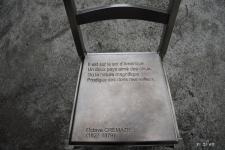 Octave Crémazie (1827-1879) was a Canadian poet who was closely linked to the emergence of French-Canadian literature.

Known as Octave, Claude-Joseph-Olivier Crémazie was born on Nov. 8, 1827, and educated in Quebec. He became the business associate of his brother Joseph in 1844. Octave used their bookshop as a base for his literary interests; buying, reading, and discussing recent works from France, particularly Victor Hugo's. A group around Crémazie formed what became known as the École Patriotique or the École de Québec. Nationally selfconscious and grandiloquently romantic, it created the first characteristic body of French-Canadian literature about 1860. Meanwhile, Crémazie's own affairs went badly, and in 1862 he fled to France to avoid pursuit for forging guarantors' signatures in order to gain credit for his failing business.

Crémazie's writings include occasional verse, more personal poems, various letters, and a diary. The poems which made his name commemorate events in Canadian history. Thus Le Vieux soldat Canadian celebrated the arrival in Quebec of the first French naval vessel (1855) since the British conquest in 1760, and Le Drapeau de Carillon celebrated the centenary of Montcalm's victory of 1758 at Carillon (now Ticonderoga, N.Y.). The latter poem also mentions the theme of I'abandon, the feeling that France failed its valiant Canadian colony, in spite of which, in Crémazie's opinion, the cult of France must be maintained.

Prolonged exile in France made Crémazie aware of his own outmoded, rhetorical style, and he expressed a preference for his lyrical poems, especially La Promenade des trois morts, which, however, he was too discouraged to complete.

Although direct contact with French literary circles crushed Crémazie as a poet, it stimulated him to write some valuable critical comments in his letters to Canada. He blamed the low standard of Canadian taste for his former success and felt that this had led him away from developing his finer talents. Canadian literature, he felt, could never excel either as a French or as an American creation.

These contradictions in Crémazie's attitude to his cultural context are indicative of French Canada's grave doubts about its cultural survival. In politics Crémazie supported right-wing positions generally and French imperialism in particular, but he was a liberal patriot at home. A similar deep contradiction is found in his poetic diction, for his attempts to imitate Hugo are overshadowed by his obvious affinity to the older style of the neoclassicists.

Crémazie was in Paris during the siege of 1870 and kept a diary containing details on living conditions and expressing anti-Communard sentiments. He died on Jan. 18, 1879, in Le Havre, where he had found modest employment.

Crémazie's works were collected and published in 1883 as Oeuvres complètes, although there are many omissions. Maurice Dassonville, Crémazie (1956), contains useful biographical and bibliographical information. For background information see Ian Forbes Fraser, The Spirit of French Canada: A Study of the Literature (1939). □