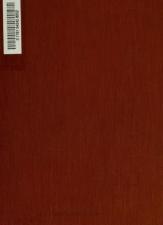 Gaius Valerius Catullus (ca. 84-ca. 54 B.C.) was a Roman lyric poet. He is best known for the intense poems which reflect various stages in his love affair with "Lesbia."

Catullus belonged to a circle of neoteroi, or "new poets," who used as their models the learned Greek poet-scholars at Alexandria in the Hellenistic period and wrote elegant, allusive, and highly finished poems on love, mythology, and other topics. They cherished the epithet docti, "learned." Catullus's friends were the poets C. Licinius Macer Calvus, Furius Bibaculus, and C. Helvius Cinna; the orator Q. Hortensius, Cicero's rival in the law courts; and the biographer Cornelius Nepos, to whom Catullus dedicated his book of poems.

Catullus was born in Verona. St. Jerome gives the year 87 B.C. and says that he died at age 30. Since events of 55 B.C. are referred to in several of Catullus's poems, however, and no poem can be said with certainty to be later than 54, scholars accept the dates 84-54. Catullus's family was prominent and well-to-do. They owned a villa at Sirmio, and his father entertained Caesar when the later was governor of Gaul.

When Catullus went to Rome in 61, he met and fell in love with Clodia, the "Lesbia" of the poems, who was a member of the old aristocratic Claudian family and the wife of Metellus Celer. For this upper-class sophisticate 10 years older than Catullus, the young poet from Verona was but another liaison in her constant search for diversion.

After a brief affair Clodia replaced Catullus with Caelius Rufus, who traveled in the same fast set as Catullus and was a protégée of Cicero. When Caelius threw her over (a new experience for her), Clodia brought charges against him in order to ruin him politically and socially. Cicero defended him in a masterpiece of character assassination (Pro Caelio) in which he repeated the rumors that Clodia had murdered her husband and slept with her brother and implied, among other things, that she was an insatiable prostitute. Before accepting as true Cicero's portrait of Clodia, one must remember that at one time the orator had thought of divorcing his wife in order to marry her. Whatever this woman was like, Catullus's experience with her was the source of some of the finest Latin lyric poems.

In 57 Catullus went to Bithynia on the staff of Memmius, who was to be governor of that Eastern province. While there Catullus traveled to the Troad to perform rites at the tomb of his brother, who had died in the East, recording this act of devotion in a moving poem. After a year in Bithynia he returned to Italy and probably lived in Rome the rest of his life. Despite complaints of poverty in his poems, he seems to have owned a villa near Tibur (modern Tivoli).

The collected 116 extant poems—18 to 20 are spurious—while arranged neither by chronology nor by subject, can be divided into three categories: The first, poems 1 through 60, is a group of short poems in various meters, with the hendecasyllabic and "limping" iambic predominating, among which are love poems, erotic poems, lampoons, and poems on a variety of other topics. The poems 61 to 64, the second group, are longer poems, including two wedding hymns (61 and 62); the Attis poem (63), about a youth who emasculates himself in order to become a priest of Cybele, then regrets his act; and the "Marriage of Peleus and Thetis" (64), an epyllion, or little epic, of some 400 hexameters. The poems of the third category, 65 to 116, are all written in elegiac meter. A few of these poems are elegies (65-68,76), the rest short poems of epigram type, as in 1-60, on a variety of topics.

Catullus's most memorable poems are the ones about "Lesbia." It is highly tempting to arrange them in an order that chronicles the poet's affair with Clodia: intense joy at the beginning, a break, reconciliation, then Catullus's awareness of his mistress's congenital faithlessness. Next comes bitterness and despair. The poet nearly loses his sanity but manages, by a great effort of will, to gain control of himself and is then slowly healed of his passion. To read these poems as autobiographical documents is a mistake, however. Catullus did not record this experience factually but, rather, used it as a source for poetry. Art and life were not the same for him. Rather, life was the matrix out of which a highly wrought art was formed.

Perhaps best known is 5, Vivamus, mea Lesbia, atque amemus ("Let us live, my Lesbia, and let us love"). The English poets Marlowe, Campion, Jonson, and Crashaw, to name a few, wrote imitations of it. Nearly as well known are 7, Quaeris quot mihi basiationes ("You ask me how many kisses"); 8, Miser Catulle, desinas ineptire ("Poor Catullus, stop acting foolishly"); 85, Odi et amo … ("I hate and I love"); the poems on Lesbia's sparrow (2 and 3); and the two in Sapphic meters, one an adaptation of a poem by Sappho (11), and the other, one of his most affecting, an address to a friend to carry a message to Lesbia (51). These poems are appealing by their direct, apparently unreflective, outpouring of emotion. But they have been carefully composed with an art that conceals art. One critic speaks of their "controlled lyricism," which produces a fine tension between intellect and the emotions.

Catullus's vision of love in his poems is far different from the casual, frequent, and merely sensual liasions represented in the elegant dilettantish poems of the "new poets." In his poems Catullus imagines a kind of relationship with a woman which may be called total involvement, intellectual as well as physical. This concept of love, taken for granted today, combines friendship with sensual pleasure. Catullus's affair with Clodia was itself probably not unique, but it did provide the poet with a starting point from which to develop his concept of an ideal love.

Catullus could be witty and charming, as in poem 13, an "invitation" to one Fabullus to dine with him—but he must bring his own dinner, for the poet's wallet is full of cobwebs. Nonetheless the host will provide a scented ointment, on smelling which Fabullus will pray to the gods to become all nose. Catullus could be witty and obscene, as in poem 39, on a certain Egnatius, who continually grins, whether appropriately or inappropriately, in order to show off his brilliant white teeth. The secret of his beautiful smile, however, is the urine with which he cleans them. Many of the poems are forthrightly obscene to a degree that may shock even modern readers (32, 33, 37, 80, 97). There are two lampoons of Caesar (29 and 57), which the great man conceded had hurt him. When Catullus apologized for them, however, Caesar promptly invited him to dinner.

The long poems exhibit another side of Catullus's talent. Poem 61, a wedding hymn written in honor of the marriage of a friend, has a grace and sensitivity which make it one of his most delightful poems. The same holds true of 62, another wedding hymn but without reference to a particular marriage. Poem 64, on the marriage of Peleus and Thetis, is highly finished and subtle and was written for, and best understood by, a learned elite. In addition there are 76, the poet's plea to the gods to allow him to gain an ultimate perspective on the love that has consumed him like a disease, and 101, commemorating a visit to his brother's tomb and ending with the simple but expressive atque in perpetuum, frater, ave atque vale ("But now for all time, my brother, good luck and farewell").

A critic called Catullus's little book of poems "maddeningly scrappy." The poems are indeed uneven in quality, and many are difficult to understand. Nevertheless he wrote a new kind of poetry which influenced poets for two generations after his death. His direct personal lyricism gives a quality to many of them which makes them similar to modern lyric poems.

A biography that considers the political and cultural milieu of Catullus's works is Tenney Frank, Catullus and Horace: Two Poets in Their Environment (1928). Two of the best studies of Catullus in English are E. A. Havelock, The Lyric Genius of Catullus (1939), and Arthur Leslie Wheeler, Catullus and the Traditions of Ancient Poetry (1934). Kenneth Quinn, The Catullan Revolution (1959), assesses the poet's importance in the development of Roman poetry. A later work is David O. Ross, Jr., Style and Tradition in Catullus (1969).

oxford
views updated
Catullus, Gaius Valerius (84–54 bc) Roman lyric poet. He is best known for his short love lyrics, the most famous of which refer to Lesbia, depicting the Roman woman, Clodia, with whom Catullus was in love. His longer works are the poems Attis and The Marriage of Peleus and Thetis.

Charles Olson , Charles Olson Charles Olson (1910-1970) defined and practiced an open, kinetic poetry which influenced many of the second generation of modern poets.… Curse , Curse FRANK BIDART 2002 INTRODUCTION AUTHOR BIOGRAPHY POEM TEXT POEM SUMMARY THEMES STYLE HISTORICAL CONTEXT CRITICAL OVERVIEW CRITICISM SOURCES FURT… -ASTER , poem XVI. — (O)F. poème or L. poēma — Gr. póēma, early var. of poíēma work, fiction, poetical work, f. poeîn, poieîn make, create, rel. to Skr. cinṓt… Cynewulf , The details of the life of Anglo-Saxon poet Cynewulf (flourished 8th or 9th century) are shrouded in mystery. What is known is that he was one of the… Whitman , Whitman, Walt Walt Whitman is generally considered to be the most important American poet of the nineteenth century. He wrote in free verse (not in t… Imagists , Imagism c. 1909 Imagism flourished in Britain and in the United States for a brief period that is generally considered to be somewhere between 1909 a…