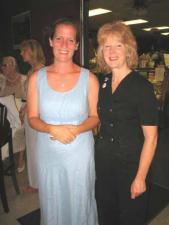 San Francisco astrologer who claims that her astrological advice had "absolute control" over the movements, and influenced the decisions, of former United States president Ronald Reagan. She was born April 10, 1927. Her secret role as an astrological influence at the White House was referred to by Donald Regan, former chief of staff to Ronald Reagan, who was quite critical of Nancy Reagan's influence on decisions made by the president. Regan's remarks caused a major controversy that eventually led to the complete revelation of the name and role of Nancy Reagan's astrologer.

In her book, What Does Joan Say? My Seven Years as White House Astrologer to Nancy and Ronald Reagan (1990), Quigley made far-reaching claims. She advised Nancy Reagan from 1981 through 1989 and is sure that her astrological advice decided the timing of key political events, including speeches, televised campaign debates, the signing of arms control treaties, and even the dates for Ronald Reagan's cancer surgery and the announcement that he would run for a second term. Quigley claims that Air Force One would only take off if she reported a favorable alignment of the planets and that she sometimes also gave the president and his wife political advice.

Quigley states, "I was responsible for timing all press conferences, most speeches, the State of the Union addresses, the take-offs and landing of Air Force One…. I picked the time of Ronald Reagan's debate with Carter and the two debates with Walter Mondale, all extended trips abroad, as well as the shorter trips and one-day excursions, the announcement that Reagan would run for a second term, and briefings for all the summits except Moscow." Quigley also claims credit for influencing the president's favorable view of the Soviet leader Gorbachev, whose astrological chart indicated a genuine reformer.

The title of Quigley's book derives from the period in late 1986 when the Iran-Contra scandal broke. She claims that the president asked "What does Joan say?" and that her advice was to stay in the White House and say nothing, because his stars were bad and she feared another assassination attempt.

Although the revelations of astrological influence on a modern leader's actions and decisions may seem bizarre to Western people, it is my no means unusual in Eastern countries. Astrology plays a significant part in the life of people in India, and marriages, dates of important meetings, dedication of temples, and other decisions normally involve the services of an astrologer for millions of Indians in all walks of life, including politics.

White House , The first official home of the president of the United States was not white but red. When George Washington assumed the presidency in 1789, his offic… Martha Washington , The Role of First Lady: Martha Washington to Laura Bush Betty Boyd Caroli EVEN before the federal capital was permanently situated on the Potomac, th… Bill Clinton , Clinton, Bill Clinton, Bill 1946- Bill Clinton was the forty-second president of the United States, serving from 1993 to 2001. He was born William Je… Jimmy Carter , Carter, Jimmy Richard S. Kirkendall JIMMY CARTER was an unlucky president. He came to power shortly after the American failure in Vietnam and the Wat… Abraham Lincoln , Abraham Lincoln Gabor S. Boritt with Matthew Pinsker THE date was 11 February 1861. One day short of his fifty-second birthday, Abraham Lincoln, pres… Robert Francis Kennedy , (b. 20 November 1925 in Brookline, Massachusetts; d. 6 June 1968 in Los Angeles, California), prominent political figure who served as attorney gener…